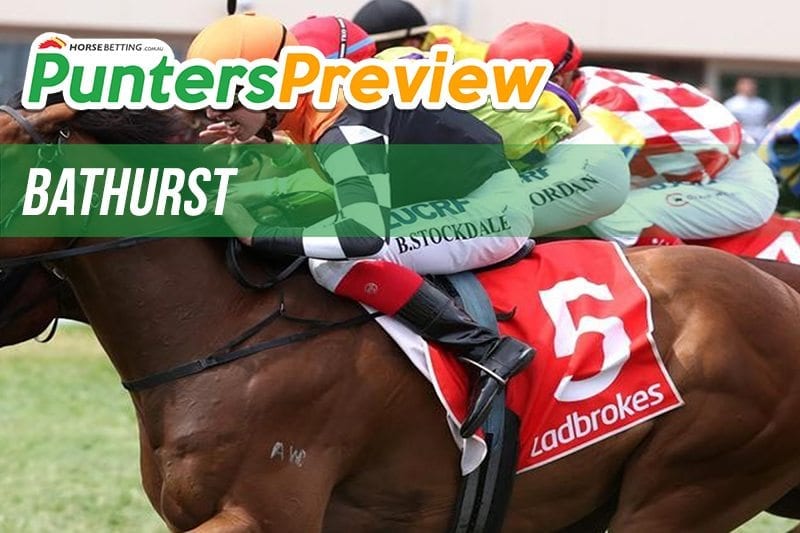 FORGET the V8s, the gallops action is set to grip Bathurst this Monday.

We love the Bathurst track and cannot wait for Monday to roll around, so let’s take a look at the tips and see if we cannot generate some winnings for first day of the working week.

Looking for a new bookmaker ahead of the Bathurst card?

Strip Tease is expected to get the lead here uncontested and looms as the best winning chance in a weak maiden. The last two runs have seen the horse finish inside the placings and we believe it can breakthrough in the opener.

The veteran Dunderry looks set to add another win at the 96th attempt. The nine-year-old has placed in its last two races, including missing out by two parts of a length on December 23. We think it can add a 13th win to its tally on Monday.

Dukebox George has been making progression over its last three starts and looks well placed to break through here. While it gets a tricky gate to contend with, the last-start second at Wellington was encouraging and it has the ability to deliver here at the ninth time of asking.

Tinker Dan drops in grade on Monday after a disappointing showing at benchmark 74 level hoping to recapture its best form which saw it record back-to-back victories. The horse is a very consistent type which should make some progression in 2018.

Global Rocket has won third-up in the past and will be equally as encouraged by the last-start win at Canberra at BM69 level. That win was by two lengths, and after drawing a favourable draw here the connections should be confident of going back-to-back.

We tipped Ave last time out at Wellington and not a lot went right for the mare, which got hampered early then checked again in the latter stages. It was a total forgive run, and we think the horse can bounce back to its best form which saw it break the maiden on December 23 by just shy of three lengths.

Nightspun won’t lead in this race any stage until when it matters most. The horse is on a two-race winning streak, including a dominant 2.3 length win at Gilgandra on January 7. Expect Nightspun to drift back from barrier seven then finish over the top of them in the straight.