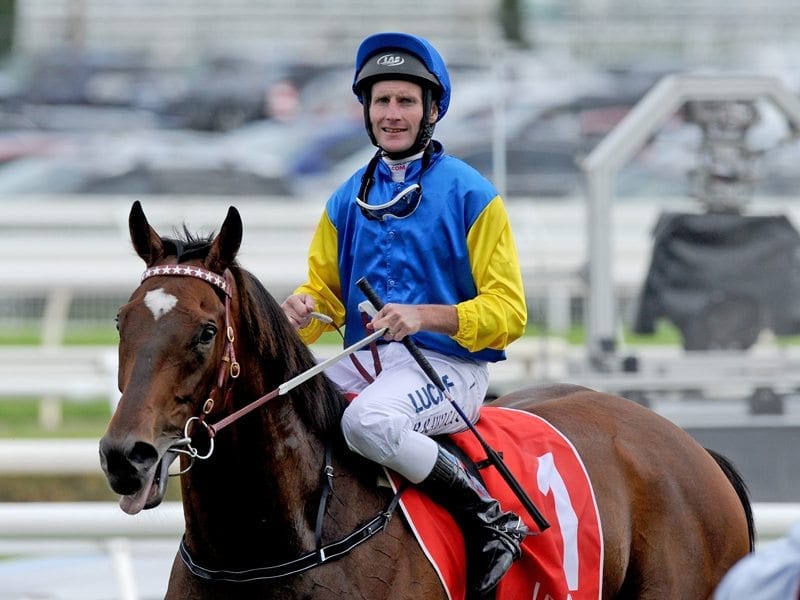 Black Heart Bart is believed to be spot-on for his attempt at back-to-back Goodwood victories.

Black Heart Bart can become the first horse in more than a century to win the race in successive years when he lines up as the likely favourite in Saturday’s 1200m race at Morphettville.

The multiple Group One winner has not raced since claiming the weight-for-age double of the C F Orr Stakes and Futurity Stakes over 1400m at Caulfield in February.

The focus shifted to a defence of The Goodwood after Black Heart bart was scratched from the Blamey Stakes at Flemington in March.

“Obviously he’s had the freshen-up since his couple of Group One wins at Caulfield.

“He trialled on Monday at Ballarat and then he galloped really well at Warrnambool on Friday morning.

“Brad Rawiller galloped him and I probably haven’t seen him as happy with him after getting off the horse.

“I think Weiry has timed his run to perfection. He’ll rip up on Tuesday morning at Warrnambool and be spot on to go back-to-back.”

Weir went close to winning back-to-back Goodwoods with Platelet who won in 2013 before finishing second a year later.

No horse has won back-to-back Goodwoods since Musket Belle in 1911-12.

“You’d be a brave man to say he couldn’t do it,” McLean said.

The Goodwood is likely to attract a strong field of sprinters, and one of Black Heart Bart’s dangers could come from stablemate Rageese who is set to be Weir’s other runner in the event.

Black Heart Bart will be aiming for his fifth Group One win for the season and sixth of his career since joining the Weir team early last year.

In 13 starts for Weir, 11 at the top level, the former West Australian has only finished outside to top two once in last year’s Cox Plate on a soft track.

“He’s a sound horse and he eats everything you put in front of him,” McLean said.

“The more you feed him, the more you work him and that’s why he’s a good horse because he just comes up every time.

“He’s certainly the best horse I’ve ever dealt with.”