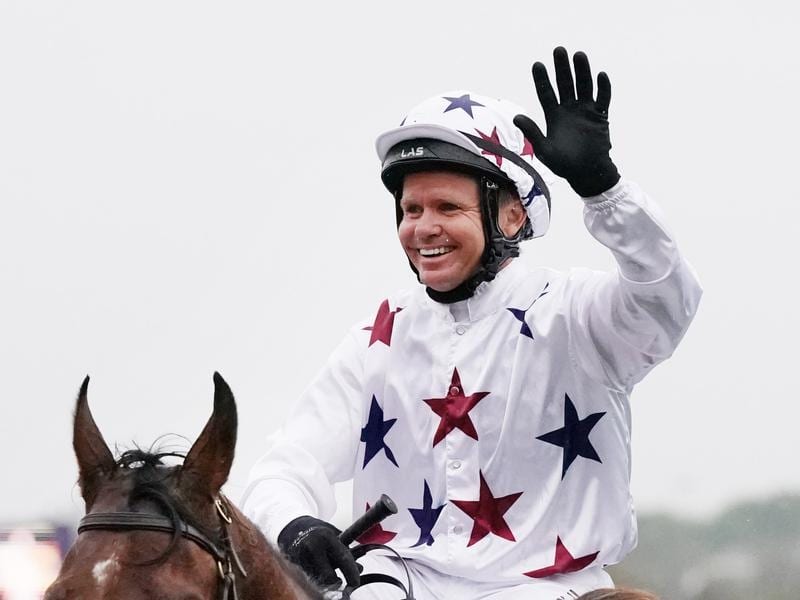 Adelaide-based jockey Barend Vorster is hoping to build on his Melbourne success at Sandown.

South Australian-based Barend Vorster’s trips across the border to Victoria have so far been successful.

The former Singapore-based South African made Adelaide home earlier in the year and immediately made an impact in Melbourne winning the Newmarket Handicap on Sunlight.

Last week he partnered Sisstar, the younger sister of Sunlight, to victory at Flemington on Oaks day, while on another rare trip to Victoria he was successful at Mornington.

On Saturday, Vorster makes his debut at Sandown where he has six rides on the 10-event card.

Vorster was lured from Singapore by Tony McEvoy to be his Adelaide stable jockey, with a condition of his visa that he was unable to take outside rides.

With Vorster granted Australian permanent residency on October 1, it has opened the door to riding for other stables, but his priority is to McEvoy and his son Calvin, now his training partner.

Jentico, trained by the McEvoys, runs in the Group Three Summoned Stakes (1500m) while Vorster has picked up rides for Trent Busuttin and Natalie Young, Byron Cozamanis, Richard Laming and Robbie Laing.

“Tony had a few others planned to come over but he ended up deciding not to run them,” Vorster said.

“He booked me for Jentico and I had another couple booked so I’ve decided to come and also give Friday night (The Valley) a try as well.”

Vorster’s principal ride, Jentico, is aiming to remain unbeaten for the campaign when she runs at stakes level for the first time this preparation.

Jentico has won at Morphettville in her two runs back and Vorster acknowledges it is a rise in grade on Saturday.

“This prep she’s come back bigger and stronger,” Vorster said..

“It’s a bit of a step up in grade but Tony wouldn’t put her there if he didn’t feel she was going well enough.

“We think she’s still on the improve, so it’s worthwhile having a shot at.”