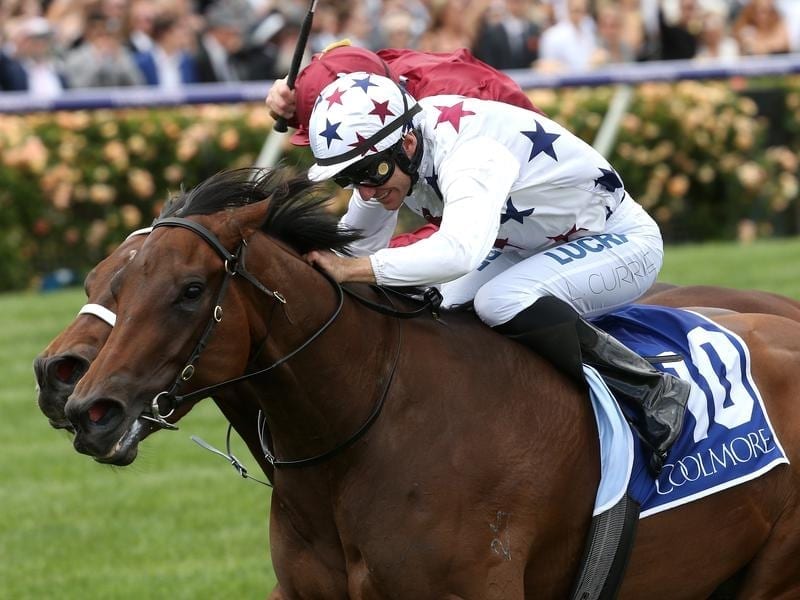 Barend Vorster, table rider for Tony McEvoy, is excited about riding Sunlight in the Newmarket.

Like his ride in the Newmarket Handicap, Barend Vorster says he will be better for his first-up performance at Flemington.

Vorster rides Sunlight in Saturday’s Group One sprint with the filly running second-up after finishing third in the Lightning Stakes at Flemington on February 16.

Arriving in Melbourne after 15 years riding in Singapore, South African Vorster had his first Australian race ride at Flemington on Saturday, finishing well back on Bring Me Roses in the Blamey Stakes.

“It’s a lovely big track and a great experience and one that I’m looking forward to doing again,” Vorster said.

Vorster has come to Australia to team up with Tony McEvoy in South Australia, based at Angaston.

Just hours after arriving in Melbourne, Vorster was at Flemington last Friday to ride Sunlight in a jump-out over 800m.

It was a meet-and-greet session for the jockey and the filly who has 50.5kg in the Newmarket, well below regular rider Luke Currie’s comfort zone.

“She’s not a very big mare but she’s got a great engine underneath her,” Vorster said.

“I was very happy with the way she stretched. She began nicely and within two strides she was skipping along and she really flew along.

“I said to Tony I haven’t done some low flying like this for a while.

“She really gave me a great feel and pulled up nice and clear and I’m really excited and looking forward to the race.

“Obviously there’s form from that last race and it all looks a little tight, but with a light weight coming into a race like that, she’s got to be one of the chances.”

During his time in Singapore, Vorster was associated with champion sprinter Rocket Man, partnering him to six of his 20 victories.

“He was phenomenal, something else,” Vorster said.

“Through him it’s got me to where I am now.

“He gave me exposure, gave me experiences overseas and hopefully with a filly like her, a hot sprinter, she can give me something similar.”

Sunlight is currently an $11 chance behind $3.50 favourite Osborne Bulls with Graff, second to Sunlight in the Flemington jump-out, next pick at $6.50.