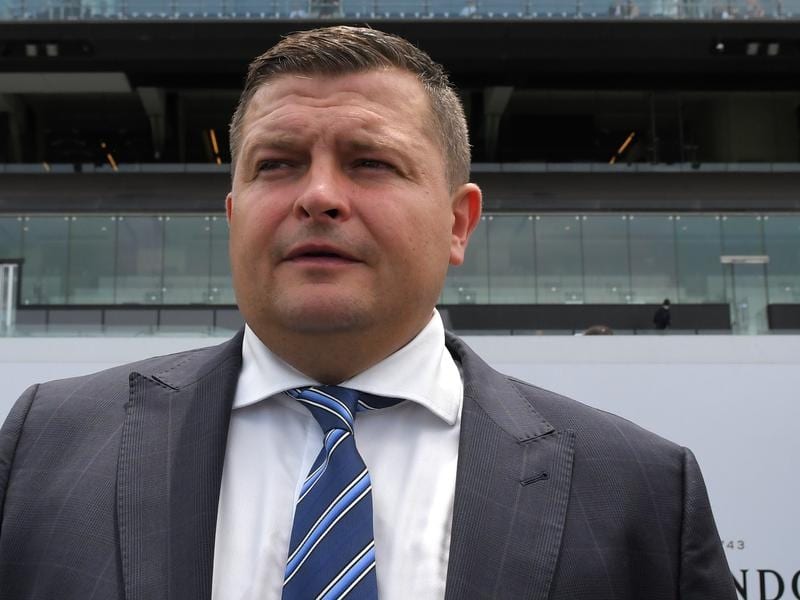 Trainer Paul Snowden says Barbaric will not run in the Slipper with Cellsabeel now gaining a start.

Former favourite Cellsabeel has gained a run in the Golden Slipper with Black Opal Stakes winner Barbaric to miss the race.

Co-trainer Paul Snowden said on Monday the colt would not run in Saturday’s $3.5 million event at Rosehill likely to be held on a heavy track.

The Snowden stable will have Dame Giselle and King’s Legacy in the Slipper.

The Ciaron Maher and David Eustace-trained Cellsabeel finished a close third in the Black Opal behind Barbaric and his stablemate Bartley, leaving her one spot outside the top 16 for the Slipper.

Maher and Eustace are likely to have four runners with Pago Pago Stakes winner Prague, Muntaseera and Away Game to join Cellsabeel.

The Gai Waterhouse and Adrian Bott-trained Farnan is the Slipper favourite with the barrier draw to be held on Tuesday.