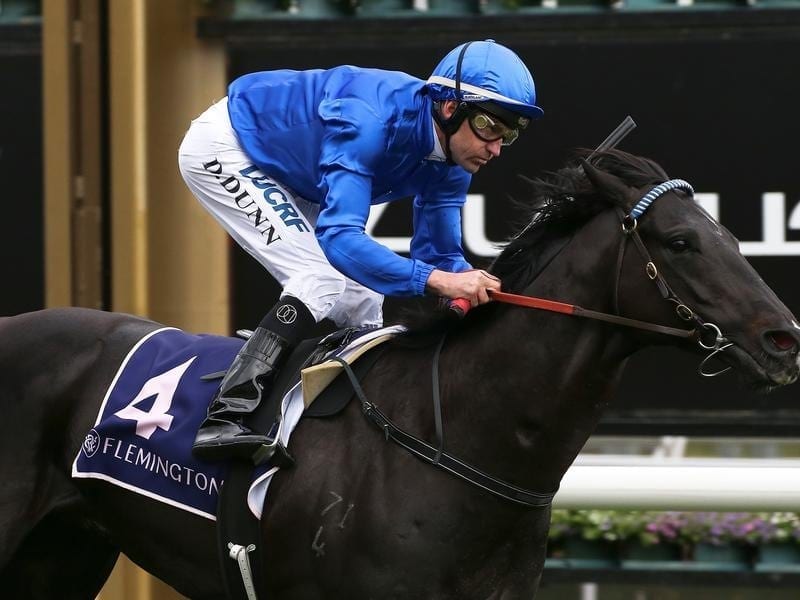 Bandipur has made a victorious return to Melbourne racing in the VRC Member Peter Dakin Handicap.

A race-fit Bandipur has turned the tables on Prezado from their previous meeting last spring, scoring a determined victory in his return to Melbourne racing at Flemington.

Bandipur had his first three starts of this preparation in Sydney, including a last-start win at Randwick, before trainer James Cummings sent the sprinter south this week for Saturday’s VRC Member Peter Dakin Handicap (1000m).

The Mathew Ellerton and Simon Zahra-trained Prezado was sent out the $2.25 favourite in his return from a spell but Bandipur ($5) edged clear of him over the final 100m to score by a length.

Now four-year-old Bandipur was second to Prezado in a sprint race for three-year-olds on Melbourne Cup day at Flemington last spring, the only other time they had met.

“He was a fit horse out of Sydney and he’s a nice horse.”

Cummings’ Melbourne stable representative Reg Fleming was full of praise for the tenacity of Bandipur, who has taken his record to five wins from 11 starts with another four placings.

“He’s got a ticker as big as himself,” Fleming said.

“He’s only a little fella but he tries hard and he’s never beaten.”