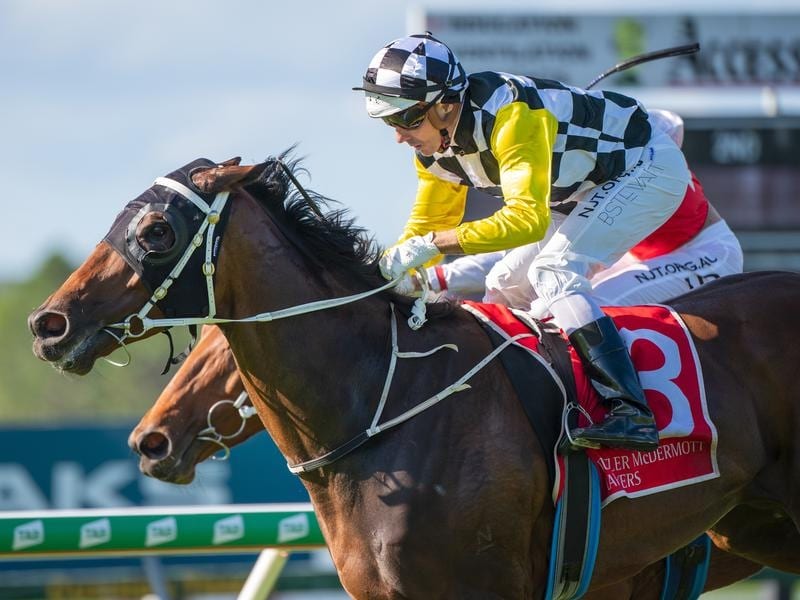 Ballistic Boy will be trainer Chris Anderson’s only runner in the Rough Habit Plate at Eagle Farm.

Classy three-year-old Profit has been sent for a break, leaving trainer Chris Anderson to have Ballistic Boy as his runner in the Group Three Rough Habit Plate at Eagle Farm.

Profit and Ballistic Boy have been among the best three-year-olds in Queensland this season but Profit’s last two runs have been below par.

Ballistic Boy was beaten a nose in the Gunsynd Classic at Eagle Farm at his last start and had little luck.

Profit finished midfield in the same race after getting well back in the run.

Anderson said he felt it was for the long-term benefit of Profit that he go for a spell.

“He has been up for a long time and he has done a very good job,” Anderson said.

Profit will be brought back for races in the spring carnival or Brisbane summer.

Ballistic Boy dispelled some of Anderson’s worries about him running a strong middle-distance with his Gunsynd Classic run.

While Ballistic Boy is by a former top sprinter in Smart Missile, his dam is by High Chaparral who is noted for producing stayers.

“He was very strong to the line in the Gunsynd which is a good pointer,” Anderson said.

Supergiant, who beat Ballistic Boy in the Gunsynd Classic, is also heading to the Rough Habit on Saturday.

“After the Queensland Derby was scrapped the Rough Habit was always his target. He is a horse who gets better with racing,” trainer Michael Costa said.