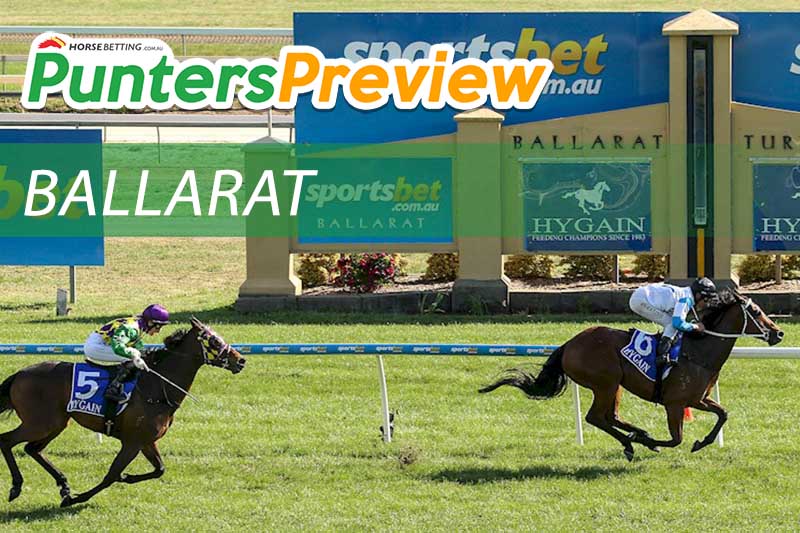 Ballarat hosting an interesting eight race meet this Tuesday and we are excited about what the day will bring.

We have pored over the form and delivered our eight selections for each race.

Looking for a new bookmaker ahead of the Ballarat meet?

Bernie’s Tiger has been in great form recently, placing in two-straight events. The blinkers are added for the first time, which is a big tick and in a smaller field the horse can break the maiden tag at the sixth time of asking.

King Of Vandals only just missed out on debut on Christmas Eve, and while it jumps from a wide alley here it looms as a winning threat. The son of Burgundy will be a major player if it overcomes the obstacle of the carpark draw.

Race 2 tip: King Of Vandals to win at Neds

Civil Guard is the horse to beat here. The horse is resuming after a five month break, and prior to being turned out Civil Guard had missed out by a combined half length across its last three runs. Only question mark is the double figure gate, but it is by far the best credentialed runner here.

Tata Madiba is overdue for a win. The Lindsay Park runner has placed twice in its last three starts, missing out by a combined half length on those occasions. The Nicconi gelding will look to go forward and win it from the front.

A weight penalty will be the only thing that undoes Callisto Moon here. The last-start winner gets a perfect draw and returns to a distance it has previously won at.

Red Casino is second-up on Tuesday where it has previously won at in the past. The resuming run wasn’t the greatest, but before that the horse had won two races in a row. The horse will go forward from barrier nine and look to win from the head of affairs.

Heza Magic Man can bounce back nicely from its first-up failure on December 27. The horse has previously placed three times from five race attempts and it also returns to a distance where it has won twice and placed a further three times over nine races. Expect Heza Magic Man to spear out from gate six and take some catching.

Archie Luxury has placed in back-to-back events at this grading and we are backing it to again provide a good run for punter’s money. The horse won at BM64 level just five starts ago and while this is the horse’s first attempt at the mile, there’s no reason to think it cannot deliver a solid performance.