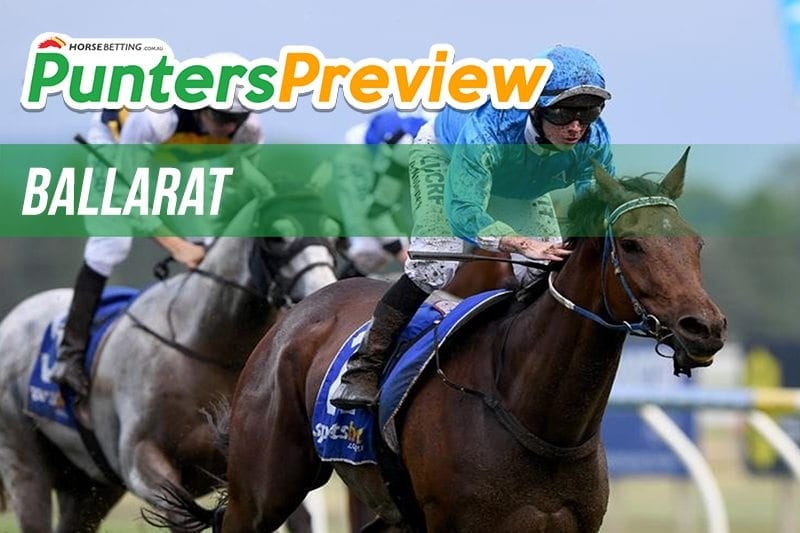 BALLARAT is back this Tuesday as the popular country venue hosts a sold eight race card to kick us back into top gear.

Let’s take a look at which horses we’re tipping here and where your investments should be headed.

Looking for a new bookmaker ahead of the Ballarat?

Arthurian has multiple factors in its favour heading into the opening event on the card. It gets a great gate, the horse has not missed a placing this preparation and has been making progression with every run. We believe Arthurian should be delivering its first-ever win at the 11th time of asking.

Wujimu has been great this preparation for Darren Weir and after missing out by just over half a length to take its placing tally to three top-three finishes from seven races. From wide the horse should get across with its early speed and provide a good sight.

Here Comes Lenni has never missed a placing across its opening three races to start the career and we believe it should register its first-ever win fresh here. The 1400m should suit the horse down to the ground in this one, and the wide gate will not be a problem given its toe from the barrier.

Double The Magic gets a wide gate to contend with here but with not a lot of early speed in the race we think the Weir runner can lead here and win. The last-start second was good and a similar race to that one will see this Magic Albert filly right in the mix here.

Race 4 tip: Double The Magic to win at William Hill

Dismiss the resuming run of Heart Of Australia here, the horse will be much better here. The four-year-old has placed from two second-up runs in the past and while the first-up run was awful, we have a high opinion of the Nobelet runner. We believe it can win the third race of its 16 start career.

Race 5 tip: Heart Of Australia to win at Neds

Party Host gets a great gate here and the in-form Weir runner will be hard to hold out. In seven of the last eight runs the three-year-old has won or placed, and we think all it needs to do is stay close enough to the tail end of the field to launch over the top of them late.

Tradies Tea Break broke through for an overdue win last time out and we think it can go on with the job here. The horse gets a good gate and will look to lead once again. We were impressed by the gritty win at BM58 level on January 9 and we think it can progress here.

Mister Jay is unlucky not to be undefeated heading into its third race start here. As a short-priced favourite the horse missed out by two parts of a length at Moe on January 17 at this level, but we think it will learn a lot from that and go on with the job here.