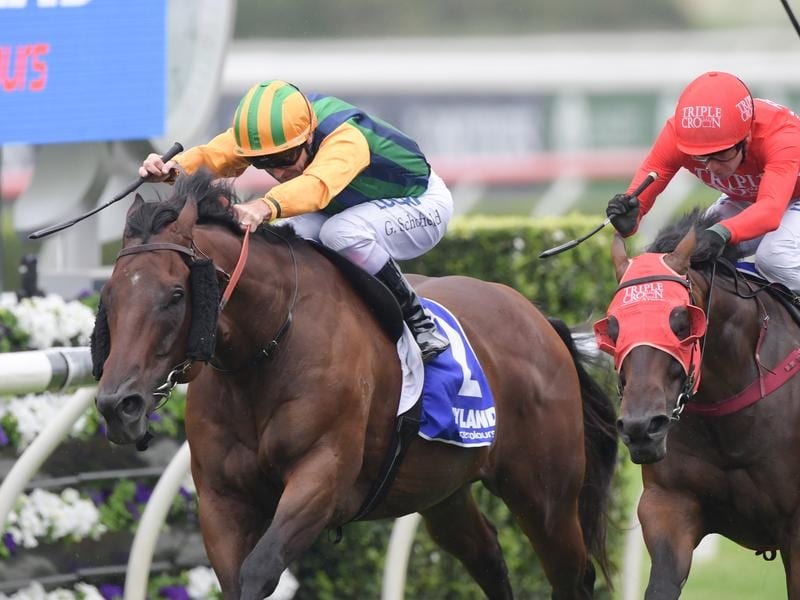 Veteran sprinter Ball Of Muscle (l) will be given his chance at Group One glory during the autumn.

Joe Pride knows Ball Of Muscle is coming to the end of his career but he believes the nine-year-old still has something to give.

From a family dear to the trainer’s heart, Ball Of Muscle is a brother to Tiger Tees and a half brother to Terravista, both Group One-winning sprinters.

They are all sons of the late broodmare Parfore who also produced Singapore champion Super Easy.

Ball Of Muscle is running out of time to get a Group One win of his own but Pride hopes to give him a shot at next month’s Oakleigh Plate over 1100m at Caulfield, a track and distance he enjoys.

He won the Group Two Schillaci Stakes there in 2018 and ran second to Trekking last year with the Godolphin sprinter going on to run third in The Everest.

“He has been back in the stable for a few weeks,” Pride said.

“I’m mindful he is now a nine-year-old and we have to pick his races.

“The Oakleigh Plate is ambitious but it is not always the strongest of the sprints.

“I really want to dodge the good three-year-olds but we will have to see what the handicap is.”

Pride may not get his wish to avoid all the good three-year-olds with Godolphin trainer James Cummings saying the Oakleigh Plate looked an ideal starting point for Bivouac.

The Golden Rose winner tuned up for his return with a win in a 900m-barrier trial at Rosehill on Tuesday.

“The Galaxy is also an option for Ball Of Muscle,” Pride said.

“He looks super. He is in terrific order and it took Trekking to beat him at Caulfield.

“He is a super competitive horse. I’d like to race him in the autumn and give him a spring campaign which realistically will probably be his last.”