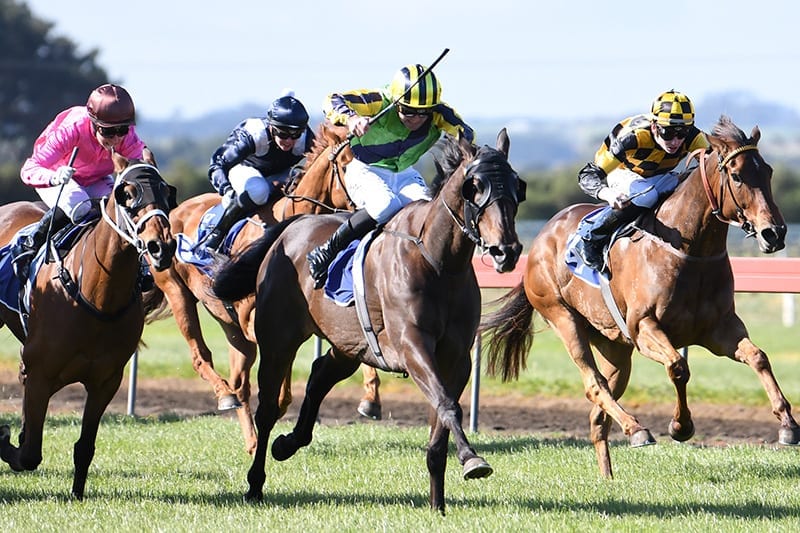 True Enough will tackle black-type company for the first time on Saturday and his connections believe the five-year-old, who has won six of his 14 career starts, will acquit himself well at that level.

“I think he will measure up,” Forsman said. “Every time we raise the bar he keeps putting his hand up.

“While it is a handy even field, there are some classy performers and he is not really well off under the set weights and penalties.

“I think he is the sort of horse that is very genuine, he will jump and put himself on the pace and I don’t think he will shirk his task that’s for sure.”

The Tauranga feature will be a defining point in Camino Rocoso’s preparation, with his performance in the race dictating what path he takes in the future.

“Camino Rocoso is probably struggling to find his niche a little bit and what exactly his pet distance is and where he is best suited,” Forsman said.

“1400m was a bit of a warm-up for this weekend last time and he was just a bit outpaced.

“So hopefully from (barrier) one he can jump and roll along and be somewhere near the pace.

“How he performs on Saturday will dictate whether we stick to the mile in this company or try him over further (ground).”

Stablemate Nicoletta hasn’t had the best of luck of late and Forsman is expecting an improved performance from the mare after she tailed the field home last start at Ellerslie.

“Nicoletta has just been a little unlucky,” he said. “Nothing seems to go right for her lately. She finally struck a winnable race and I thought she would be very hard to beat last start and then the rain came and that heavy track really tripped her up quite badly.

“Opie (Bosson, jockey) didn’t knock her around that day and she will keep and she is well in under the set-weights and penalties. She has shown she is classy enough to take out a race like this.”

While Forsman said it is hard to separate his three runners he believes Nicoletta is the stable’s best chance in the race.

“I would possibly lean toward Nicoletta, just because she is proven at this level,” he said.

More autumn black-type targets could be in the offing for all three Baker-Forsman runners, however Forsman said their performances on Saturday will dictate that path.

“With Camino Rocoso we are not sure, we will just see how he races,” he said. “True Enough, it’s his first time in this company, so how he performs on Saturday will dictate where he heads and Nicoletta, she could potentially head toward the Breeders’ Stakes (Gr.1, 1600m) at Te Aroha.”