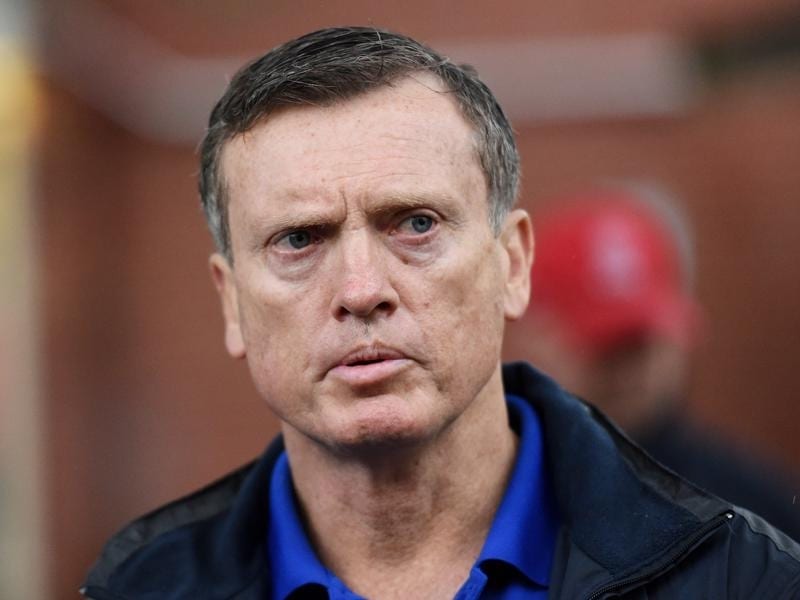 Caloundra trainer David Vandyke is putting together an impressive stable of three-year-olds.

Promising filly Baccarat Baby gained some valuable education as she took the first step towards a possible Melbourne campaign at Caloundra on Wednesday.

A prohibitive favourite, Baccarat Baby ($1.28) had only three rivals who were quickly reduced to two when Hot Sock missed the start by 10 lengths.

Jim Byrne on Le Beau Reynard ($4.20) set a slow pace in the lead but Baccarat Baby was able to wear him down in the final 100m to score by a half length.

Baccarat Baby is yet another of several quality three-year-olds produced from trainer David Vandyke’s Caloundra stable in recent months.

Heading the list is promising Asharani who Vandyke hopes to get into the Group One Thousand Guineas at Caulfield but he is toying with Baccarat Baby joining her in Melbourne.

“There is a 1400-metre race at Caloundra in a fortnight which is metropolitan class,” Vandyke said.

“If she measured up there, she would press on to a 1600-metre race at Doomben and again if she measures up she might go to Melbourne.”

Vandyke praised jockey Michael Hellyer for not panicking when Byrne slowed the tempo.

“He did the right thing and resisted the temptation to go to the lead. We are trying to teach Baccarat Baby to settle and that was good education,” he said.

Premier jockey Jeff Lloyd is hurtling towards retirement but showed he could still educate his rivals on how to ride in small fields.

Caloundra can be difficult to ride when numbers are light on but Lloyd was able to weave through from last and win on The Zoff ($8).

Lloyd had less trouble when he won on Totally Charmed and Not Surprising.

Totally Charmed was heavily backed into $1.70 on the strength of an unlucky second at Doomben at his previous start.