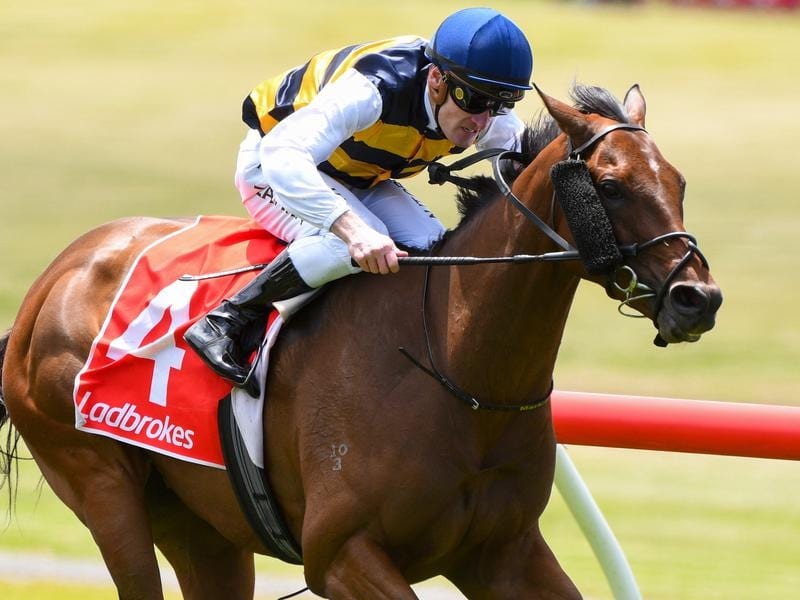 Azuro runs in the Australia Day Cup ahead of a planned trip to NZ for the Group 1 Auckland Cup.

A trip to New Zealand for the Group One Auckland Cup is the plan for imported stayer Azuro who will first try to add the Australia Day Cup at Warwick Farm to his record.

Trained by Ciaron Maher and David Eustace for OTI Racing, Azuro won three times over 3200m during 2019 – the Stayer’s Cup at Rosehill in June, the Listed Queensland Cup in July and the Listed Sandown Cup in November.

He heads to Monday’s Listed Australia Day Cup (2400m) as one of the leading contenders after a close third under top weight in the Listed Bagot Handicap at Flemington on New Year’s Day.

Maher was confident of a bold showing in the Bagot (2800m) in which Azuro carried 60kg.

“I said to the owners I was very confident of him running top three but watching the race unfold, he probably should have won,” Maher said.

“It looks a very similar field on Monday and he’s going great.

“Then he might head over the New Zealand for the Auckland Cup. That’s the plan for him.”

The Auckland Cup is over 3200m on March 7 and Maher said that distance was perfect.

The TAB has Azuro on the second line of its Auckland Cup market at $8 while he is at $6 for the Australia Day Cup with Morton’s Fork and Mr Garcia the $5 equal favourites.

Maher has made a conscious decision not to run Azuro in races short of his comfort zone.

“I just thought we’d keep him in work, keep him ticking over and space his runs,” Maher said.

“He had seven weeks in between runs going into Flemington but he’s running in races he can win, and running at that mile-and-a-half plus distances.

“He seems to be thriving. His races are spaced and he’s training on nicely. Those European-type horses are used to being in work all year around and he’s really enjoying it.”