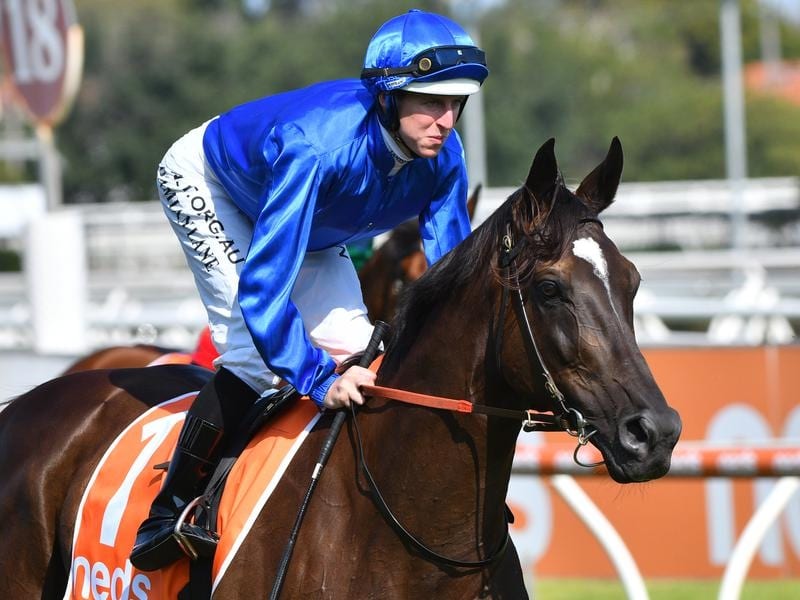 Avilius made his first appearance of 2020 when he finished fifth in the Group One CF Orr Stakes.

Having already won the Group One George Main Stakes this season, Godolphin star Avilius gets the chance to add another feature weight-for-age mile at Randwick in the Chipping Norton Stakes.

The James Cummings-trained Avilius is one of 10 individual Group One winners among the field of 14 for Saturday’s Group One race (1600m), which includes grand campaigner Happy Clapper and New Zealand star Te Akau Shark.

Avilius won the George Main over the course and distance last spring while his other two Group One wins have been in the Ranvet Stakes (2000m) and Tancred Stakes (2400m) at Rosehill during the 2019 autumn.

The import made his first appearance of 2020 when hitting the line nicely for fifth in the Group One CF Orr Stakes (1400m) in Melbourne this month before heading back to NSW to prepare for the Chipping Norton.

“He’s bounced back in tip-top shape from his excellent return at Caulfield a few weeks ago,” Cummings said.

“There’s a brightness to his eye, he’s swishing his tail and his coat has that sunburnt look that he gets at this time of year.”

Avilius’s Group Ones have been won on rain-affected ground but Cummings believes the import can still be a major player on a good-rated surface, which Randwick was rated on Wednesday.

“The computer suggests his wet track form is superior but on top of the ground this weekend he will still butter up as a formidable opponent,” Cummings said.

Cox Plate placegetter Te Akau Shark won his first Group One in New Zealand first-up this preparation over 1400m on February 8 and is favourite to add his first Australian elite-level victory on Saturday.

Te Akau Shark, who was runner-up in the Epsom Handicap over the Randwick 1600m last spring, was at $2.60 on Wednesday ahead of the John Thompson-trained Dreamforce ($5.50), who is striving for his first Group One win after being placed at the elite level three times in the past 12 months.

Avilius ($6.50) and dual Group One winner Fierce Impact ($7.50) are the other runners at single-figure odds in an early market.