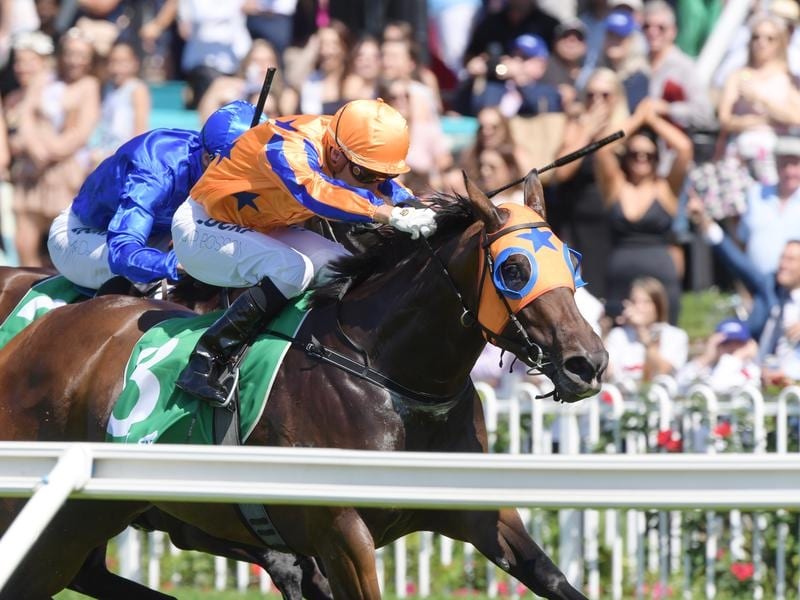 Trainer Jamie Richards is trying to look on the positive side heading to the Group One Telegraph with Avantage who has to contend with the outside barrier in the Trentham sprint.

She was the NZ TAB’s favourite before she drew barrier 13 on Wednesday but on Thursday was equal at $3.80 with Queensland mare Winter Bride.

Her draw continues a run of bad barriers for Avantage, who in four previous runs this season has three times drawn the outside gate, twice in Sydney, and started one from the outside in the other.

“It means we’re going to have to go back from that draw and get home over the top of them,” Richards told NZ Racing Desk.

“Last start she got back from a wide gate at Ellerslie and finished off really nicely so I’m not that keen to change her pattern anyway when she raced so well.”

In the Ellerslie race on December 26, Avantage ran second to Pretty To Sea in the Listed Hallmark Handicap (1200m) with the winner flashing home for fifth in the Group One Railway (1200m) on New Year’s Day.

Winter Bride was second to Julius in the Railway.

“She’s gone the right way since Ellerslie and it’s hard to fault her condition. That was her first run since coming back from Sydney and she was always going to take improvement out of it,” Richards said.

“Physically she has tightened up. She’s really well and everything looks good heading into the weekend.”

Richards is anxious for Avantage to run well after her champion stablemate Melody Belle produced perhaps the worst run of her career in last year’s Telegraph as favourite.

“Hopefully we can right a few wrongs from last year,” Richards said.

“I’ve got a lot of respect for the opposition. I thought Julius’ win in the Railway was first-class and he’s in career-best form but we’ll be there doing our best.”