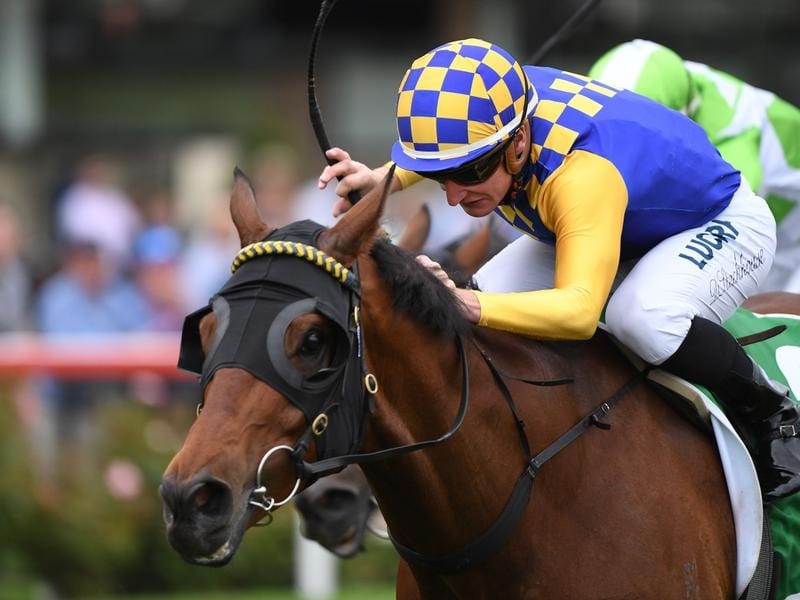 Ashlor will try to repeat his winning performance of a year ago over 1000m at The Valley.

Trainer Dan McCarthy says Ashlor is over the feet issues that prevented the gelding making a trip to Perth and is back to his best for a sprint race at The Valley.

Ashlor runs in the MF Freight Handicap (1000m) on Saturday, a race he won at the corresponding meeting 12 months ago.

McCarthy was planning to take Ashlor to Perth for the Group One Winterbottom Stakes (1200m) but was forced to abandon those plans when the horse had to be scratched from a race at Sandown on November 16 with sore heels.

“There was nothing too serious, but it was enough to be affecting his performance,” McCarthy said.

“I’m glad we did it because he’s a different horse. He’s back to himself. He seems great.”

Ashlor, who has not raced since finishing 10th behind Loving Gaby in the Group One Manikato Stakes in October, has had two jump-outs to prepare for Saturday’s race.

He had a four-run preparation before his break, all in stakes company, and faces a class drop on Saturday, with the added advantage of apprentice Jack Martin’s 2kg claim.

“After the claim he gets in really well at the weights and the difference in class is vast,” McCathy said.

“He runs very well at The Valley. He runs really well from inside and outside gates.

Should Ashlor win, and win impressively, the Group Two Australia Stakes at The Valley on January 24 could become a target.

“It’s not the ideal race for him,” McCarthy said.

“But one day when everything goes right, if we keep popping him into those sorts of races, it could go our way when the moon aligns.

“We’ll get through Saturday to make sure everything is right, but all the indications are very, very positive.”