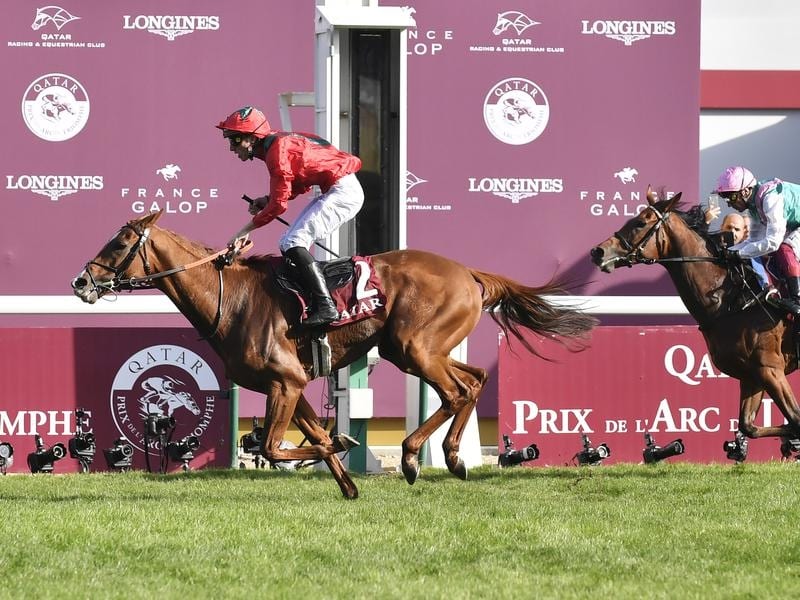 Arc winner Waldgeist is to stand at Ballylinch Stud in Ireland alongside Lope De Vega who also carried the silks of Gestut Ammerland’s Dietrich von Boetticher.

He was trained throughout his career by Andre Fabre and ridden to his greatest win by Pierre-Charles Boudot.

“We look forward to working with Dietrich von Boetticher and Newsells Park to help develop him into another top-class sire.”

Waldgeist is by champion stallion Galileo out of Waldlerche, a Group Three-winning daughter of Monsun.