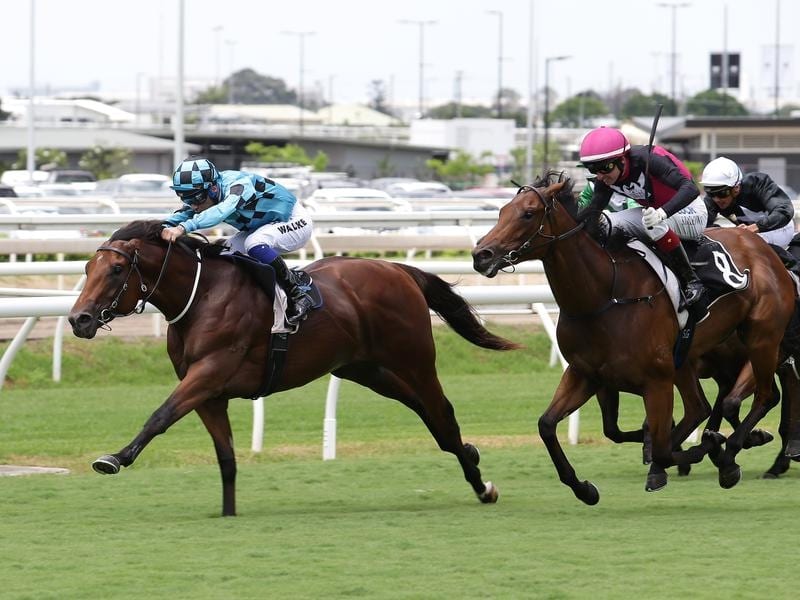 The Aquis colours (l) could be seen in the US with the farm buying into a $1.5m colt at Saratoga.

Australian-based Hong Kong-owned breeding and racing operation Aquis Farm has made a foray into international racing as part of a group to buy the equal top lot at the Saratoga sale.

In partnership with Let’s Go Stable and Crawford Racing Farm, Aquis paid $1.5 million for a Curlin colt out of Chilean Grade One winner Wapi to be trained by Todd Pletcher.

Aquis chief executive Shane McGrath was at the sale to buy the colt in consultation with renowned bloodstock agent Demi O’Byrne.

“We’ve had Demi on board for a while and we came up here and looked at 25 colts and he said this was the one,” McGrath told the Racing Post.

“I came up and looked at him and I agreed with him. And fortunately, Todd Pletcher loved him as well.”

“We’ve got a big operation in Australia,” McGrath said.

“And Justin, Tony’s son, really wants to get involved in the American side of things, so hopefully this horse is the catalyst.

“We came up here with a very clear directive; try to find the best horse within budget, and hopefully he can be a good horse for us.

“Who knows if it eventually opens the doors for us to do something up here in America – that would be great.”