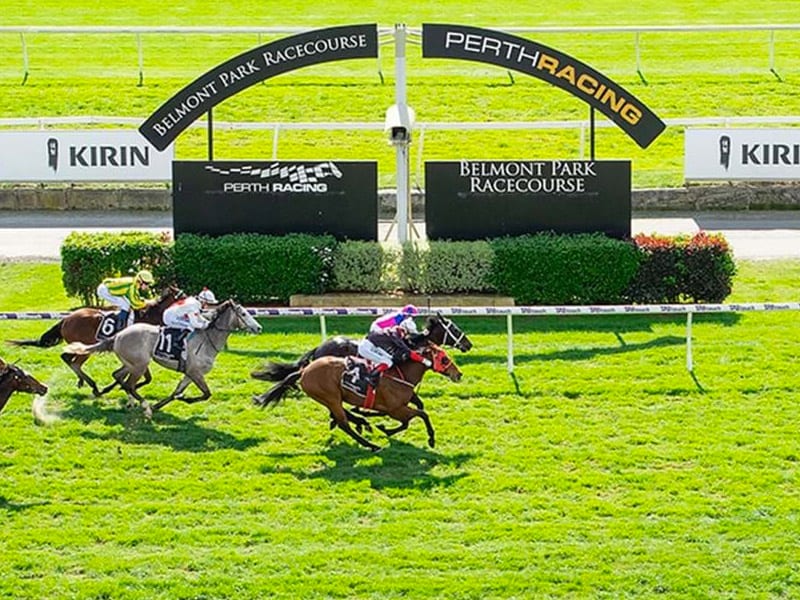 The Listed Aquanita Stakes over 2000m is the first of the two three-year-old features at Belmont on Saturday, with this one for the colts and geldings. The 11 horses in the field have come through a multitude of different races, making it rather difficult for punters to line up. Lindsay Smith’s Uncle Dick is the current favourite, but he is on the drift. Marxian, That’s Funny Az and Fuhrer will look to go forward from their middle barriers, while the race favourite will likely be spotting the leaders a fair margin from barrier 10.

We like one at a bit of a price here in the form of Marocchino for the Lou Luciani stable. The gelding comes out of the Belmont Guineas, where he finished fifth behind the likes of Kay Cee and Laverrod in a strong form guide for this. On that occasion, he box seated and found himself with nowhere to go. He was left flat-footed and failed to sprint in the concluding stages, so we think that he might be a bit dour and will appreciate the rise to 2000m. His one career victory comes at Belmont Park and he maps well from barrier nine to make it a second career win. Jason Whiting should put him off the speed on the outside of runners from the gate, which will eliminate the chances of being boxed in again here. Up to 2000m is a big tick for Marocchino here, so we are happy to play at double-figure odds.

Fuhrer from the Darren McAuliffe stable looks very well placed in this and should be at peak fitness fifth up into his campaign. Two starts ago, he held the older horses out in the WA Day Cup over a mile at Northam before failing at his last start, where could not find the front from his wide barrier and was forced to work early. Chris Parnham hops aboard the three-year-old for the first time and will no doubt be instructed to find the front from barrier four. Without a lot of speed engaged, he should find the fence and control the race with his stablemate Marxian. If he can get a few cheap sectionals along the back, he could take some reeling in.

Uncle Dick has done nothing wrong in three career starts, winning two from three (3:2-1-0). He is trained by Lindsay Smith, who is absolutely airborne at the moment with 12 wins from his past 50 starts at a 24% strike rate. William Pike goes aboard and will settle towards the rear from the sticky draw and hope to finish over the top of them in the straight. Uncle Dick was a debut winner at Belmont over 1400m and has since run well at the mile, finishing strongly enough to suggest the 2000m will be no problems. We are just not convinced by the form out of a much weaker grade to want to take anything under $4 for the gelding in his toughest test yet.