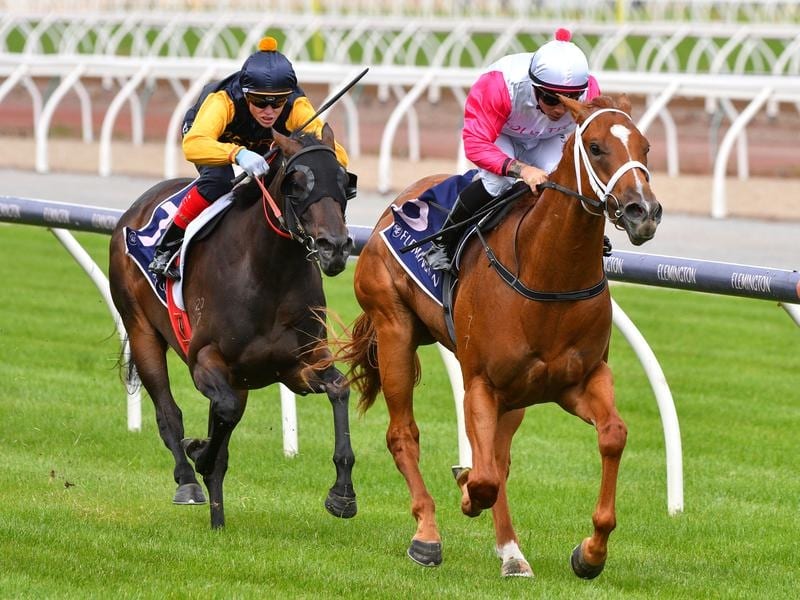 Aquagirl steps up to stakes class at Flemington after connections bypassed the Blue Diamond.

With the benefit of a win on the straight course at Flemington already under her belt, juvenile Aquagirl is set for her first stakes test at the same track.

The Phillip Stokes-trained filly finished third on debut to Godolphin colt Valaquenta at The Valley last month before scoring over 1000 metres at Flemington on February 9.

Connections opted not to throw the filly in the deep end in the Group One Blue Diamond Stakes, with Stokes saying they did not think she was ready.

Instead, they are looking at Saturday’s Listed Very Special Kids Plate (1000m) at Flemington as a chance for the filly to secure black-type.

“She might have been on the right part of the track last start but still she won and her first run was good as well. She’s a nice filly,” Stokes said.

“We obviously bypassed the big one with the idea of trying to get some black-type. In hindsight I might have been better off going to the Cinderella Stakes in Adelaide on Saturday.

“That might have been an easier race, but there’s been some scratchings and she has been down the straight and acquitted herself well so I’m sure she’ll do it again.”

Saturday’s field of 12 has been reduced to nine with Aquagirl at $12 on Friday.

Debutant Ilovemyself has firmed into outright favourite with the TAB over Unstopabelle, who was placed in the Blue Diamond Preview for fillies two starts ago, and Victory Vein Plate winner Time Is Precious.