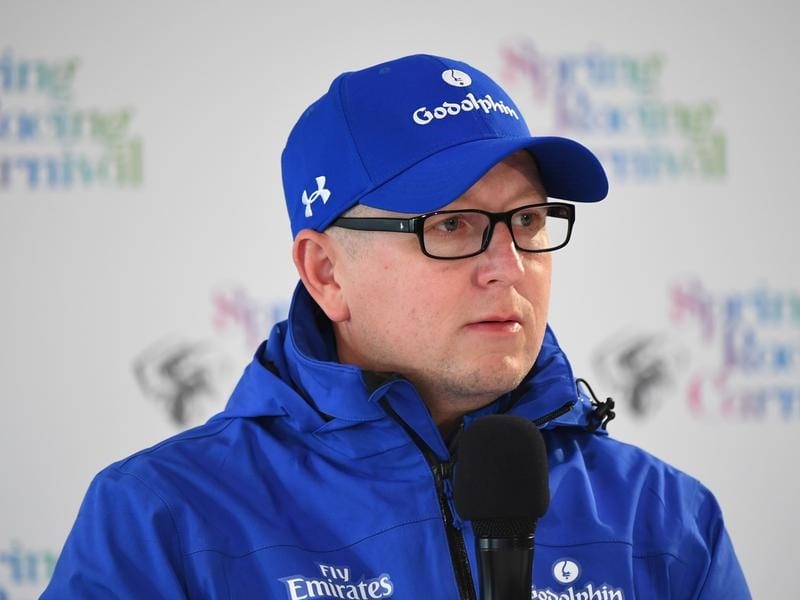 Chris Connett, travelling foreman for Charlie Appleby, hopes to end their Melbourne visit on a high.

Lighter on starters than recent springs in Victoria, Godolphin’s English trainer Charlie Appleby gets the chance to claim his first win of this year’s carnival at Sandown.

But Cross Counter has been his only runner this time around with the stayer finishing eighth in his Melbourne Cup defence last week.

Appleby, who sent five horses to Melbourne, also had Ispolini targeting the Melbourne Cup but he was ruled out by Racing Victoria stewards on veterinary advice six days before the race.

Travelling foreman Chris Connett is upbeat about the chances of ending the latest Melbourne trip on a successful note.

“Charlie and the team back home have pinpointed these races as good targets and Charlie’s strike rate down here is pretty good, so we’ll go with the boss’s confidence,” Connett told RSN927.

D’bai is on his second visit to Australia after finishing unplaced in the Group One All Aged Stakes in Sydney in April, which was his most recent start, and Connett said he came out of that race “a little scratchy”.

“Before he went down to Sydney on that trip he had won a solid Group Two in Dubai,” Connett said.

“We’re very positive the way he’s training at the moment and we’re hopeful he runs a big race on Saturday.”

Setting Sail is $2.20 for the Eclipse and Connett said he had been working well after a good year in England where he has won three times from seven starts.

“He’s taken the trip all in his stride. He’s a solid horse and we’re very happy with the way he’s been training and we’re positive for Saturday,” he said.

“He’s right on the borderline of being a Listed/Group type horse and Charlie thought it was a good opportunity to try to get that Group tag next to his name.”

Appleby won the Listed Sandown Cup at the corresponding meeting three years ago with Qewy while Kidmenever was second in the Eclipse the following year.