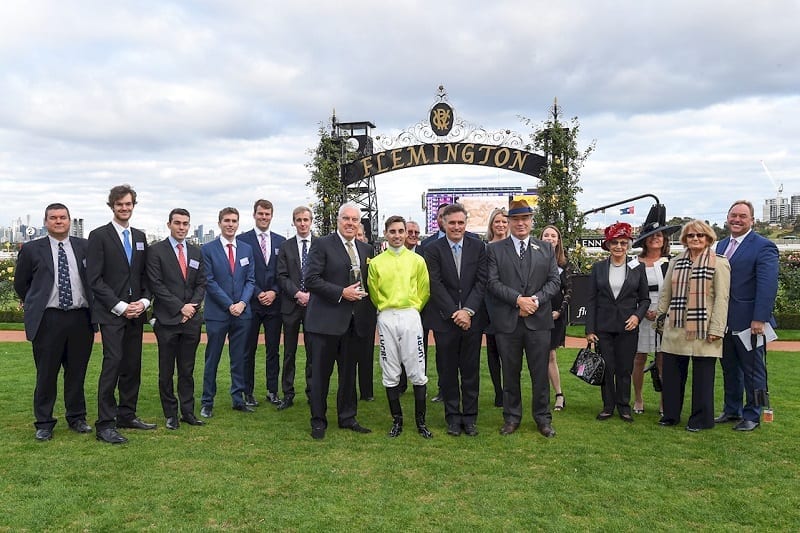 Another public holiday in Australia means a full day of racing at Flemington and best bets provided from the team at Horse Betting HQ.

Anzac Day is a reflective day on the Aussie calendar but we get to enjoy a beer, a bbq and a cheeky punt on the races all due to the sacrifices made by our brave servicemen and women.

Let’s take a look at the eight race card at Flemington and see if we can find some winners.

Bass was one of our best bets on Easter Monday but the talented gelding was scratched in order to run in this race.

We think he is well suited to breakthrough here after an impressive Australian debut it only looks like it is a matter of time before Bass delivers down under.

We’re kicking off Thursday’s best bet early as we expect Bass to blow them away.

The Logan McGill runner has a win and two placings from three resumptions, and draws in well at the weights here. The slight issue will be jumping from barrier eight but if he can get across with relative ease Written Choice will be right in the mix here.

There’s another bankable race at Flemington, this time coming in race three.

Super Seth looks to be one of the next big things of Australia, winning both starts to date. The classy colt has delivered powerful wins in both races, but this time jumps up 5kg on the most recent effort.

It shouldn’t matter however, given the immense talent Super Seth possesses. Back him in.

Analytica has been good throughout his maiden campaign, winning twice and placing once across three starts.

The horse was brilliant in his last start at Pakenham, winning by just shy of a length at Class 1 level on April 11. This is a step up in class but the Patrick Payne runner drops 5kg in this event.

Analytica will be hard to beat in this one.

Big Night Out delivered a strong showing at Sandown on April 3, winning by just over a length as a $4 hope.

This time the horse will go around at a similar price but comes into the event with the benefit of more race fitness on his side. Big Night Out gets a good gate and drops 4kg, meaning he should be right in the mix here.

Stars Of Carrum was disappointing last time out but drops in grade here and will be hard to hold out in this one.

The horse drops back from Group 1 level after a second half of the field run in the Australian Derby, but the horse had finished fourth in the race before that in the listed Mornington Cup.

The longer distance should suit and we’re backing Stars Of Carrum to deliver.

After a disappointing first-up run where the horse finished eighth, Mantastic turned this campaign around nicely.

The gelding took out a listed race at Morphettville before narrowly missing out at Bendigo as a $12 outsider in the Golden Mile. This represents a drop in class on that event and we’re confident a strong showing is in the offing.

Winkelmann gets a great gate here which should prove the difference in this event.

The horse comes into this race hoping to go back-to-back after a super-strong showing on March 15, winning by just under half a length at Moonee Valley. Winkelmann has a second-up win in the past and the barrier two position is a lot better than the other key market elects.