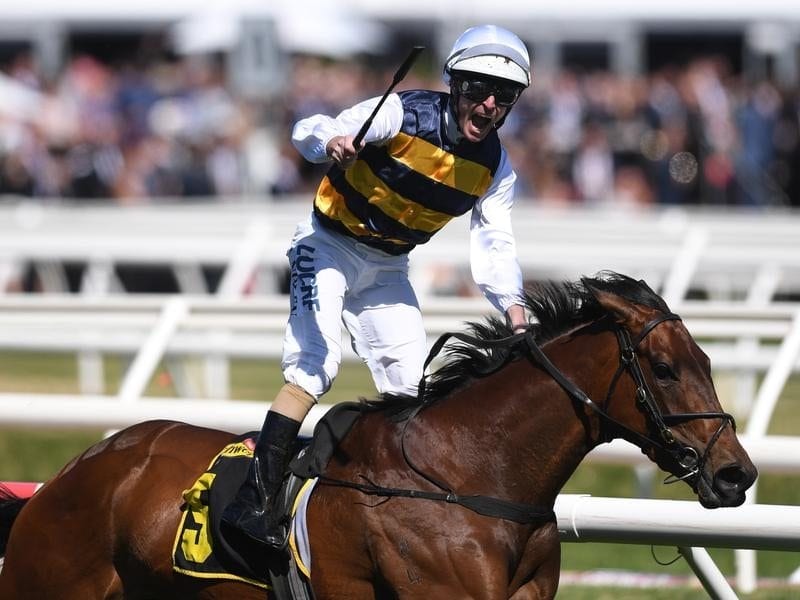 Aloisia has provided trainer Aaron Purcell with his first Group One win following her impressive run in the Thousand Guineas at Caulfield.

Purcell took over the horses of suspended trainer Ciaron Maher just more than two weeks ago and has been riding the crest of a wave.

Warrnambool-based before taking over Maher’s team, Purcell’s biggest success was in the 2008 Grand Annual Steeplechase, and also winning at Group Two level on the flat.

“But it’s obviously good to get a Group One next to my name,” he said.

“The whole experience of being at Caulfield and taking over the Maher team of great horses, great staff and great owners has been fantastic.

“Ciaron deserves a pat on the back. He’s done most of the work and I’ve been there towards the finish.”

Aloisia is aiming at next months VRC Oaks at Flemington with Maher before his suspension, picking out a carefully planned program.

“We came here expecting her to run well but her aim has always been towards the Oaks,” Purcell said.

OTI Racing manager Terry Henderson said the filly might start against Winx in the Cox Plate at Moonee Valley on her way to the Oaks.

“It will be either that race or the Vase on the same day.”

Nolen said he was grateful to get back into Group One-winning form.

“She did get the perfect run so I hope I continue to keep the ride this prep,” Nolen said.

Mark Zahra on the runner-up SHoals said he enjoyed a beautiful run but the winner was too strong at the mile.

Glyn Schofield, who was on the favourite Alizee, said the filly had a lovely run but did not have the same ping as she had last start when she was successful in the Flight Stakes at Randwick.