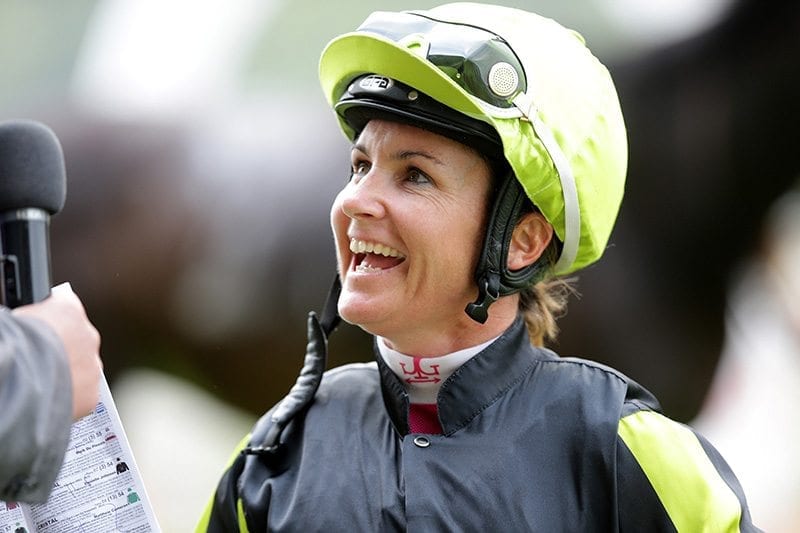 Two-time jockeys’ premiership winner Lisa Allpress is closing in on a return to riding.

She has been side-lined since suffering shoulder injuries in a jump-out fall at Hawera last October, but has now received a medical clearance to resume.

“The doctor said it’s time to start riding so I’ve been to the Wanganui track,” Allpress said.

“The most terrifying thing was thinking it could have been career-ending and the fact that it was both arms injured, but I’m really excited now and I’m feeling good.

“I’m just looking to get my strength back up, my fitness and weight are pretty good. I’ve been doing a lot of running and bike riding.”

Allpress may make her long-awaited return at Trentham this Saturday.

“I’ve been offered a ride so I’m thinking I could be there,” she said. “I’ve missed out on some good rides so I’m absolutely chomping at the bit.

“I would have been riding Ladies First in the Auckland Cup and Scott Base in the Derby, but unfortunately he had to come out.”

Known for her tireless work ethic, Allpress first won the national jockeys’ premiership in 2012 when she rode 159 winners and added a second title in 2016 with a tally of 171.