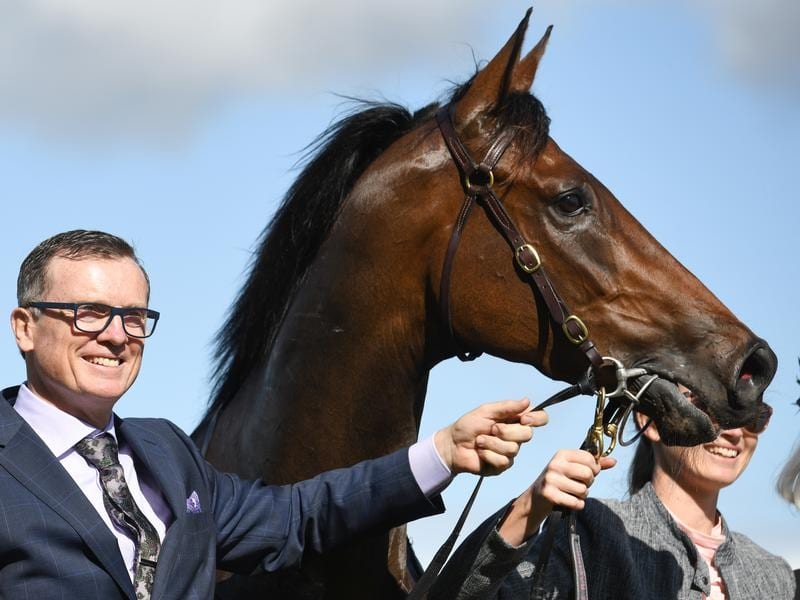 Trainer David Vandyke is impressed by how Alligator Blood has trialled ahead of a summer campaign.

Caulfield Guineas runner-up Alligator Blood has shown he is on course for a big summer with his best trial performance yet.

Alligator Blood had trialled four times in previous campaigns and although he was minor placed he had never won until Tuesday at the Sunshine Coast.

With race jockey Ryan Maloney in the saddle, Alligator Blood sat about three lengths off the early pace but ran on in the straight to beat open company sprinter Divine Dice by a head in the trial over 850m.

Trainer David Vandyke was more than happy with the trial which was Alligator Blood’s first serious hit-out since a short break.

“That was the best he has ever trialled. His recovery has been OK and it is all-out now for the Gold Edition Plate (Eagle Farm, December 14),” Vandyke said.

Alligator Blood will contest the Vo Rogue Plate on December 28 before his main mission in the $2 million Magic Millions Guineas on January 11.

The gelding suffered his first defeat in six starts when run down on the line by Super Seth in the Group One Caulfield Guineas on October 12.