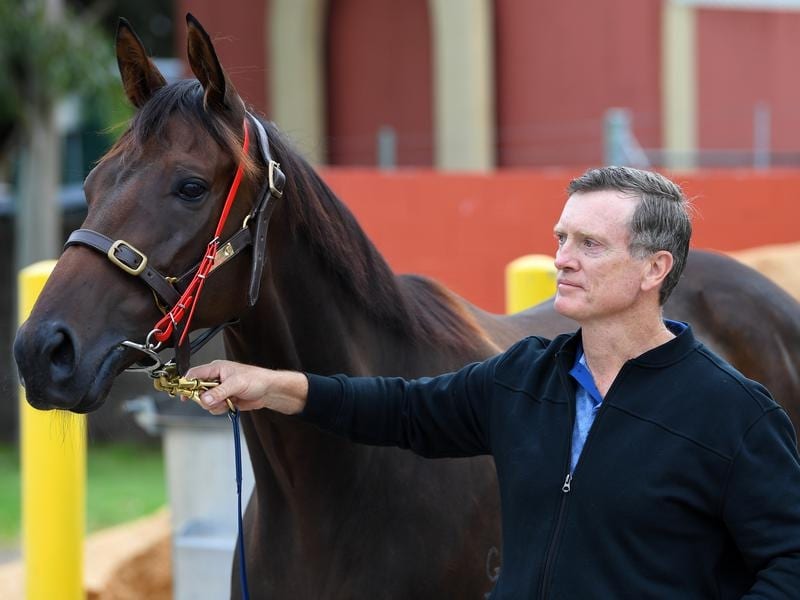 A Group One win is missing from Alligator Blood’s growing list of achievements and trainer David Vandyke hopes that is about to change.

Alligator Blood’s agonisingly close second to Super Seth in the $2 million Group One Caulfield Guineas last October is the star Queensland three-year-old’s only defeat in 10 starts.

On Saturday he gets his second chance at racing’s elite level in the highly anticipated Australian Guineas (1600m) at Flemington.

“Group Ones are Group Ones,” Vandyke said.

“He’s won a $2 million Magic Millions Guineas and that was fantastic. But to win a Group One is the top of the mountain.

“We get a great opportunity on Saturday. The owners and jockey Ryan Maloney and the horse, they haven’t won a Group One as yet. So I’m wanting him to win on Saturday for them as much as myself.”

Vandyke won two Group One races with Yankee Rose in 2016 but says Alligator Blood’s win in the Group Three C S Hayes Stakes last start, when he fought off New Zealander Catalyst after a stirring duel down the Flemington straight, felt like a career highlight.

An Australian Guineas victory would trump that.

“I’d love to see him crowned Queensland Horse of the Year and we really need to win a Group One to be assured of that,” Vandyke said.

“There’s only eight runners but Alabama Express won a Group One last start against the older horses. Catalyst is just a top horse. To win this at Group One level would be bordering on a career highlight.

“I know that his last start, for me, was a career highlight. But winning the Australian Guineas on Saturday would probably surpass that.”

Alligator Blood has barrier two which Vandyke believes is ideal.

“I had nightmares that it was going to be a field of 16 and we’d draw the outside and he’d have to be used up early, which is what happened in the Caulfield Guineas when he drew wide,” Vandyke said.

“He was fired up a little bit out of the gates, over-raced a bit and that certainly didn’t help him get the mile at Caulfield.

“He is a risk at the mile because his only defeat is over that journey but he’s a different horse now. He’s a bit more relaxed and he should get every chance.”

Vandyke says Alligator Blood appears to be in about the same condition as before the C S Hayes and hopes the battle with Guineas rival Catalyst has not taken too much out of him.

“Historically horses that get into those sorts of duels sometimes never reproduce that same performance. All the signs have been good otherwise I wouldn’t be running him,” Vandyke said.

“But whether he can back up and perform at the same level, we’ll know on Saturday.”