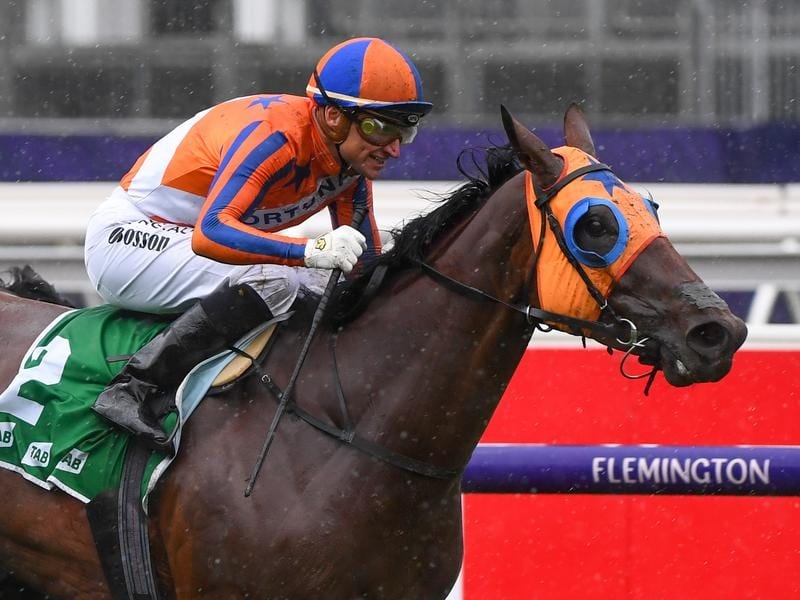 Star NZ mare Melody Belle will return to Australia in the autumn after a Group 1 win and placing.

The five-year-old won her 10th Group One race, and first in Australia, in the Empire Rose Stakes at Flemington on the opening day of the Melbourne Cup carnival before backing up seven days later for second to Magic Wand in Saturday’s weight-for-age Group One Mackinnon Stakes (2000m).

“She ran super and was probably the run in the race,” trainer Jamie Richards said.

“She just needed a barrier draw and she’s a couple of spots closer and she probably goes very close to winning. But she has lost no admirers.

“She is going super and we’re very proud of her.”

New Zealand’s reigning Horse of the Year will return home this week for a break before attention turns to another Australian campaign.

And while her next preparation is yet to be locked in, Richards said the All-Star Mile, at Caulfield in March, was definitely on the radar.

Caulfield also hosts two Group One weight-for-age races – the C F Orr Stakes and Futurity Stakes over 1400m – leading into the All-Star Mile which could figure in the plans.

“We’ll just get home and work out a bit of a program and go from there,” Richards said.

“But those lead-up races certainly have some appeal.”

While Melody Belle claimed a Group One win and a second in Australia this spring, Richards also had a string of other placings with runners at the elite level during the Sydney and Melbourne carnivals.

Probabeel was second in the Flight Stakes in Sydney while Te Akau Shark was a close second in the Epsom Handicap at Randwick and third in the Cox Plate at The Valley.

Te Akau Shark is also expected to campaign again in Australia in the autumn with the $4 million weight-for-age Queen Elizabeth (2000m) at Randwick in April a likely target.

That race could also figure in Melody Belle’s program.

“We’ll just work it out with him. I’d be wary of firm ground with him. We like the sound of the Queen Elizabeth at the end of the carnival for him. Just how we get there is up for discussion.

“But we’re very fortunate. We’ve probably got two of the best weight-for-age horses going around at the moment.

“It’s a privilege to have them in the stable and we’ll go home and have a good hard think about how we’re going to campaign them in Australia in the autumn.”