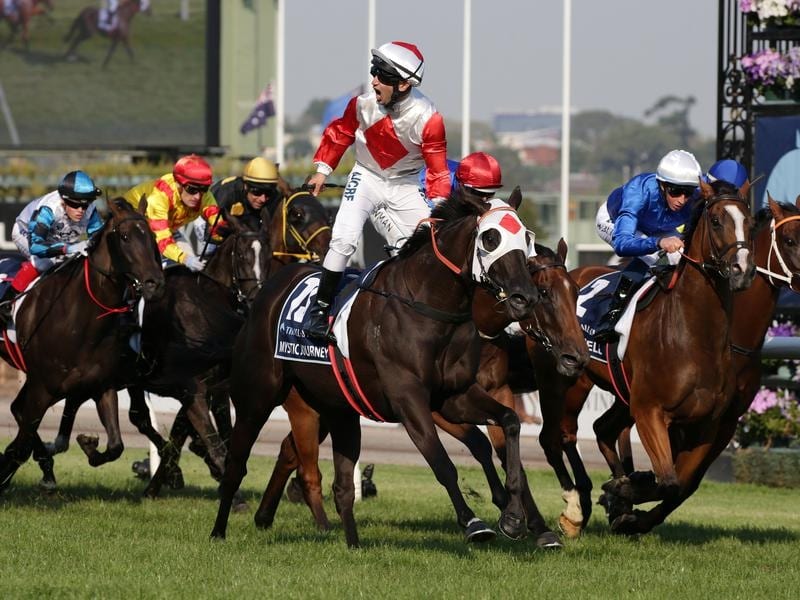 Mystic Journey is one of the favourites to defend her title in the $5 million All-Star Mile.

Defending champion Mystic Journey and another 25 Group One winners feature among the 95 nominations for the second edition of the $5 million All-Star Mile.

Entries for the All-Star Mile (1600m) at Caulfield on March 14 were released on Thursday with 10 of the 15 places in the field to be determined by public vote.

Voting will be open for a month from January 16, with the top 10 to be announced on February 20.

The Adam Trinder-trained Tasmanian star Mystic Journey rose to prominence during her autumn campaign last year, winning the inaugural All-Star Mile at Flemington, two weeks after taking out the Group One Australian Guineas.

Epsom Handicap and Golden Eagle winner Kolding is one of the favourites in an early market at $8 along with Mystic Journey and New Zealand champion Melody Belle.

A 10-time Group One winner, Melody Belle is being aimed towards the race but her Jamie Richards-trained stablemate Te Akau Shark was withdrawn from nominations before entries closed to be targeted at feature races in Sydney during autumn.

Voting is also open to New Zealand residents for the first time this year.

Last year’s minor placegetter Alizee is one of three entries for Godolphin trainer James Cummings, with Thousand Guineas-winning filly Flit and multiple Group One winner Avilius the others.

Along with the top 10 vote getters, the 15-horse field will be made up of other wild card selections including the winners of the Group One Futurity Stakes and Group Two Blamey Stakes which are “win and you’re in” races.