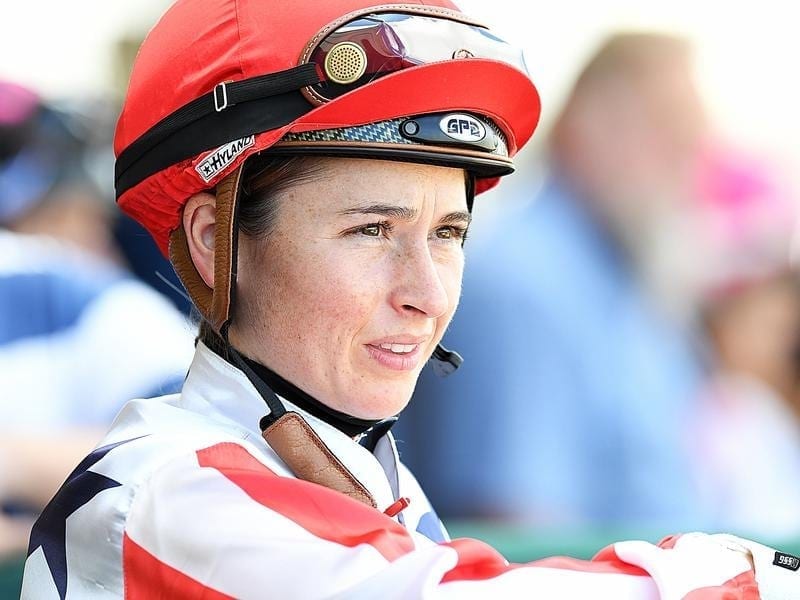 Alannah Fancourt will ride as a senior jockey with the support of her former boss Tony Gollan.

Popular jockey Alannah Fancourt has finished her apprenticeship in style with a winner.

Fancourt rode as an apprentice for the last time at the Gold Coast on Saturday and won on Academy Hill for trainer Stephen Lee.

On Friday she rode a winner for her boss Tony Gollan when The Tinman scored at Ipswich.

It gave her 178 overall winners as an apprentice and 61 in the city.

Fancourt has overcome several bad injuries including a broken arm she sustained in a fall last year.

Gollan said he would continue to support Fancourt with rides now she was out of her time.

“Lani will continue to ride trackwork for us and she will mainly ride at the Gold Coast in coming months,” Gollan said.

“In that way she can build up other contacts and it help her get back to riding in town. If every apprentice was as hard working as Lani it would be a pleasure to have them.”

Fancourt is also likely to head to Rockhampton with a big Gollan team this week for the Newmarket (Friday) and Cup (Saturday).

“I could have as many as ten runners at Rockhampton with Charlie Boy and Notonyourlife heading to the Newmarket and El Campeador in the Cup,” Gollan said.

“It will be a big week for us with runners at up to six different tracks and Lani will play and important role.”