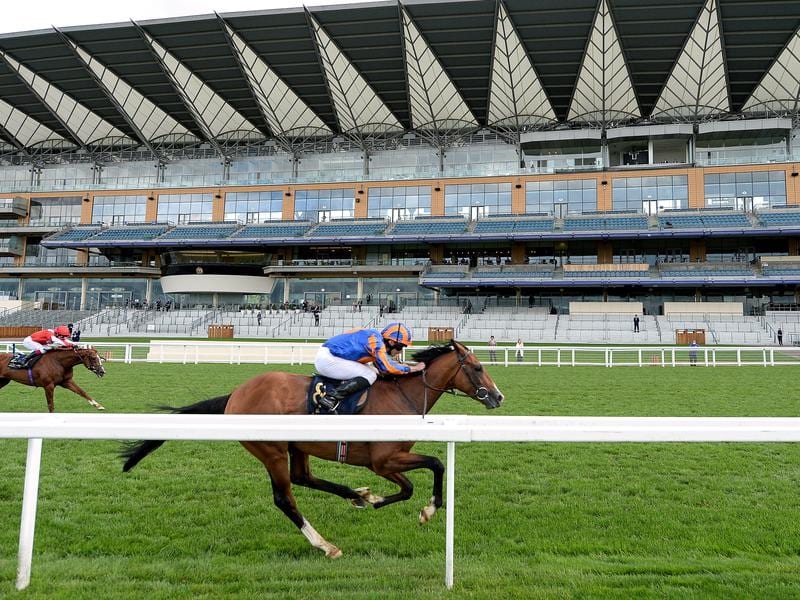 Santiago was a 14th winner of the Irish Derby for Aidan O’Brien – who trained the first four home in this year’s Classic at the Curragh.

Santiago, successful in the Queen’s Vase at Royal Ascot, justified +200 favouritism to win by a head from stablemate Tiger Moth, with Dawn Patrol third and Order Of Australia back in fourth.

Seamie Heffernan held Santiago up well off the pace in a race run in deteriorating conditions as the weather closed in.

But they swept through runners from two and a half furlongs out to take over from another O’Brien contender, Iberia, and went clear before holding off the significant late challenge delivered by Emmet McNamara on Tiger Moth.

The winning margin diminished towards the post, but Santiago stuck to the task with great tenacity to pass the line still just in front and give Heffernan his fourth win in the race.

O’Brien was full of praise for his winner, having just his fifth race but his second in little more than a week.

“It was a big call and a big worry to run (here) – but obviously there is only one Irish Derby,” O’Brien said.

“Seamus gave him a lovely ride, and he’s tough and genuine.”

The race went much to plan, O’Brien explained.

“We were always going to ride him patiently, because that’s the way he has to be ridden,” he added.

“The rain was a big help to him, because he handles an ease in the ground.

“He got a nice split, and Seamus kicked when he got it.”

O’Brien will be more than happy to go back up in trip for future assignments.

“We thought he’d be a lovely Cup horse for next year,” he added.

“If he didn’t come here he might have gone to Goodwood over two miles.

“There is a chance he could have a break now, and be trained for the St Leger.”