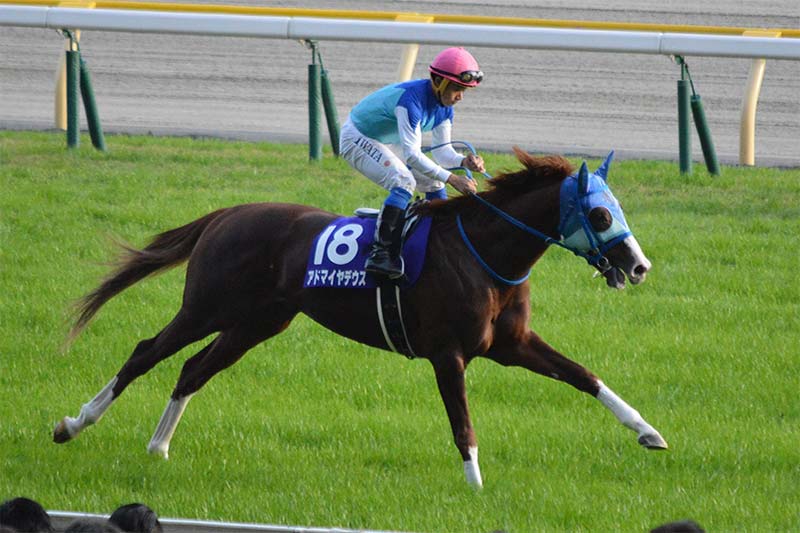 INTERNATIONAL imports, including $11 Melbourne Cup chance Admire Deus, hit the track for their first serious hit out at Werribee this morning since coming out of Australian quarantine.

High profile Cup hopefuls Wicklow Brave, Red Cardinal and Godolphin star Francis of Assisi stepped out onto the track in preparation for the Melbourne spring, but its the Japanese star that drew the most attention.

Being ridden by Victorian Jockey of The Year Craig Williams, the Darren Weir-trained import impressed onlookers as the one-time Melbourne Cup favourite strutted its stuff on the outskirts of Melbourne.

Williams believes Admire Deus is a genuine group one contender this spring.

“He was in good order this morning, nice and fluent in his action and every time I asked him he responded nicely.

“He is actually rated higher than those two horses (Admire Rakti and Hokko Brave) and his form suggests he can win the Caulfield Cup and he can win the Melbourne Cup.

“Most importantly, so far in his work he’s felt like he has brought that out to Melbourne, which is fantastic.”

Williams said the hit out was extremely impressive, and the team was impressed by the way the horse has settled since touching down.

“He’s moving really well, he’s athletic and he’s got a very, very big motor. He was very, very solid when I asked him.

“I’ve been really happy with his preparation.

“Matt (Scown), who’s been his travelling foreman, he spent time with him in Japan and is now in quarantine with him and is happy with the way the horse has travelled.

“I went across to Japan to sit on him and I think that’s been very important to have a base to compare him to over.”

“Little knock” won’t be a problem for Francis Of Assisi

The Caulfield Cup remains the main objective for Godolphin, despite its star import Francis Of Assisi suffering an injury on the flight over.

The tearaway winner of the Queen Elizabeth Stakes – which is a $26 chance in both the Melbourne and Caulfield Cups at Crownbet – knocked his nearside foreleg on the flight to Melbourne, but Charlie Appleby’s travelling foreman Chris Connett allayed any fears that the injury could threaten the upcoming campaign.

“He had a little knock on the plane on the way, something superficial, he will go out on the track tomorrow, nothing major,” Connett said.

“The main target is the Caulfield Cup for him, it is just under three weeks away now, which is perfect for him, we are very happy.”

The former Irish galloper took out both the Queen Elizbeth Stakes at Flemington and the Bendigo Cup last year.