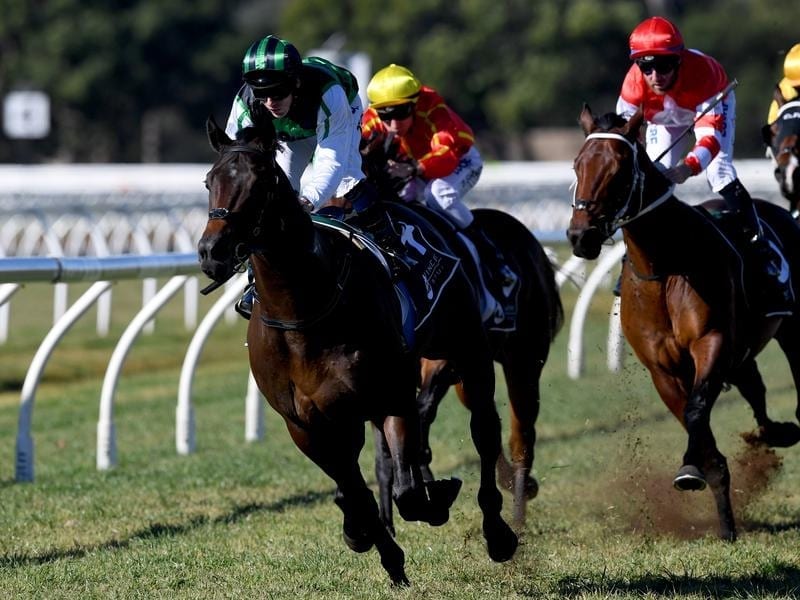 Addictive Nature will have his first start for new trainer Danny O’Brien at Caulfield.

After electing to keep Addictive Nature in Melbourne rather than sending him north for a tougher race at Randwick, trainer Danny O’Brien is anticipating a good showing from the stakes winner in his first start for his new stable at Caulfield.

Addictive Nature began his racing career with trainer Bjorn Baker in Sydney before having one start for the now-disqualified Darren Weir in Melbourne last spring.

The four-year-old entire steps out for O’Brien in Saturday’s Ladbrokes Odds Boost Handicap (1200m) having been scratched from the Group Three Hall Mark Stakes in Sydney.

O’Brien said they had been looking for some soft ground but with both Randwick and Caulfield rated in the good range, it was decided to keep Addictive Nature in Melbourne for what looked an easier race.

As a three-year-old, Addictive Nature won the Group Three Ming Dynasty Quality and was placed at weight-for-age in the Expressway Stakes.

He has not started since his second in a Listed race at Caulfield in his only start last spring and O’Brien has reported to stewards the horse underwent an arthroscopic procedure to both front fetlocks before joining his stable.

Addictive Nature had an official barrier trial at Cranbourne recently before winning a jump-out at Werribee last week and O’Brien has been happy with the horse’s preparation.

“We’ve had him for nearly three months now and he has trialled well.

“He’s a talented horse and I think he should run well.

“He’s a lightly raced horse and if he can find his best form there would certainly be better races for him, either in Adelaide or Brisbane.”

To be ridden by Melbourne’s premier jockey Craig Williams, Addictive Nature was the equal $4.60 favourite on Thursday along with Haunted.

O’Brien also has last-start Caulfield winner Grinzinger Star running at the meeting in the Bill Collins Handicap, a benchmark 78 race over 2000m.

“He beat a good horse in Mr Quickie the other day, albeit getting six kilos off him,” O’Brien said.

“He takes on the older horses but 2000 metres will suit him and he is in good form.”