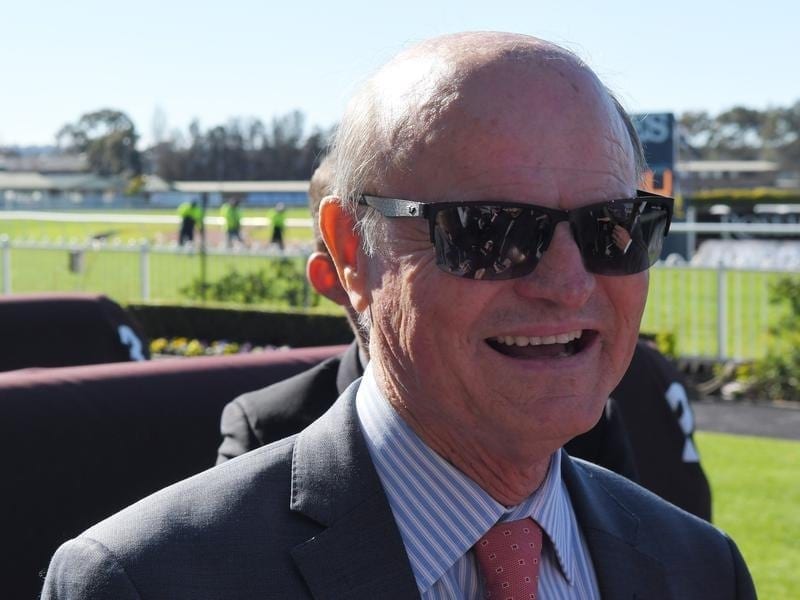 Trainer David Payne is keen for Toulouse to follow in the footsteps of dual G1 winner Ace High.

David Payne will set emerging stayer Toulouse on a path to emulate his elder stablemate Ace High, winner of the Spring Champion Stakes and Victoria Derby.

Toulouse claimed his second win of the winter at Rosehill on Saturday when he dead-heated with Dio D’Oro in the two-year-old handicap.

He will now have a short break before his three-year-old season with the trainer believing he has the same credentials as Ace High once he gets up over a distance.

Ace High, who was nosed out of the Australian Derby in April by Levendi, is back in work at Rosehill ahead of a campaign aimed at the Caulfield and Melbourne Cups.

He is second favourite for both Cups in early markets and Payne is more than happy with how he has returned.

“He is as big as he’s going to get but he has strengthened up in his hind quarters,” Payne said.

“We will look to trial him in a few weeks and then set about getting him to the Cups.

“Toulouse looks like he will also be a stayer and it would be great if he could get to the same races Ace High did last year.

“They are both bred to get over ground.”

Payne is also hoping to get All Too Soon back to winning form after the filly missed the Australian Oaks following her flop in the Group One Vinery stud Stakes.

“She was lame after that race and we discovered she has a weakness in a hock,” he said.

“There is not much that can be done so we have to hope.”

By All Too Hard, All Too Soon is out of the Payne-trained multiple Group One placegetter Gallant Tess.