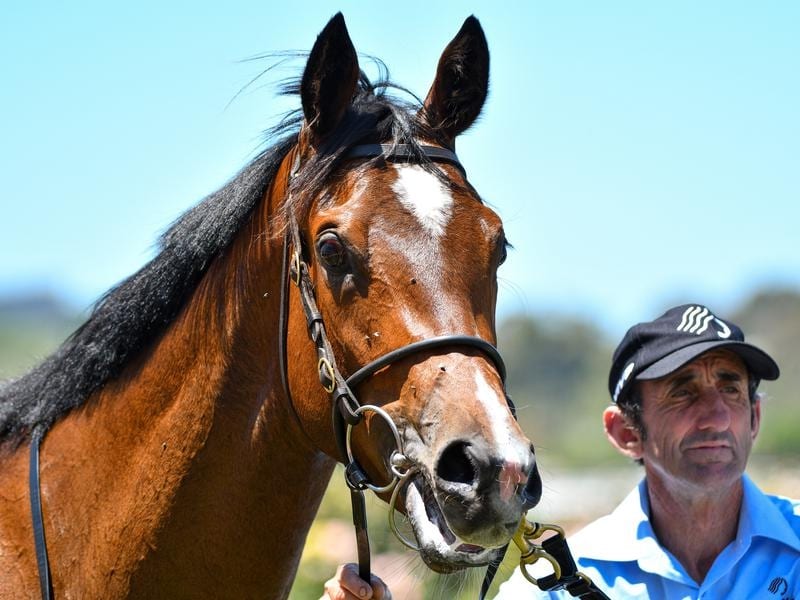 A Beautiful Night is a Blue Diamond Stakes firmer after winning a fillies lead-up race at Caulfield.

A Beautiful Night has put herself in the Blue Diamond picture with an all-the-way win in the fillies Preview at Caulfield but exciting colt Hanseatic has tightened his grip on favouritism for the Group One race.

After her second win from three starts, A Beautiful Night has tightened from $51 to $15 for the Group One Blue Diamond (1200m) on February 22.

Her win came after the Godolphin-owned, Anthony Freedman-trained colt Hanseatic won the colts and geldings Preview, sitting back and wide before powering away to a 2-1/2-length win.

Hanseatic remained unbeaten from two starts and while he was already Blue Diamond favourite he was in to $4 on Saturday with Fresh second favourite at $9.

“Obviously going forward to bigger races you want to see them put up a performance like that and put themselves ahead of them in an emphatic way,” Freedman said after Hanseatic’s performance.

A Beautiful Night ($13) began quickly in the fillies Preview and took the lead under John Allen before opening a winning break early in the home straight.

A Beautiful Night’s winning time of 57.27 seconds was quicker than Hanseatic who recorded 57.48 seconds.

“She’s still a bit tall and a bit narrow. There’s a lot to come.

“We were quite confident going into today. We thought she had been underestimated a little bit.”

He said A Beautiful Night would likely run again in the Prelude in two weeks before the Blue Diamond.

Hanseatic is also expected to run in his division of the Preludes and jockey Luke Currie is pretty comfortable where the colts sits in the Blue Diamond pecking order after Saturday.

“He was brilliant,” Currie said.

“It was probably better than what I thought I would see today.

“I trialled him the other day and he was a bit fresh and I was surprised with the turn of foot he had. I thought he might take a little bit to blend in but he put them away really quickly.”