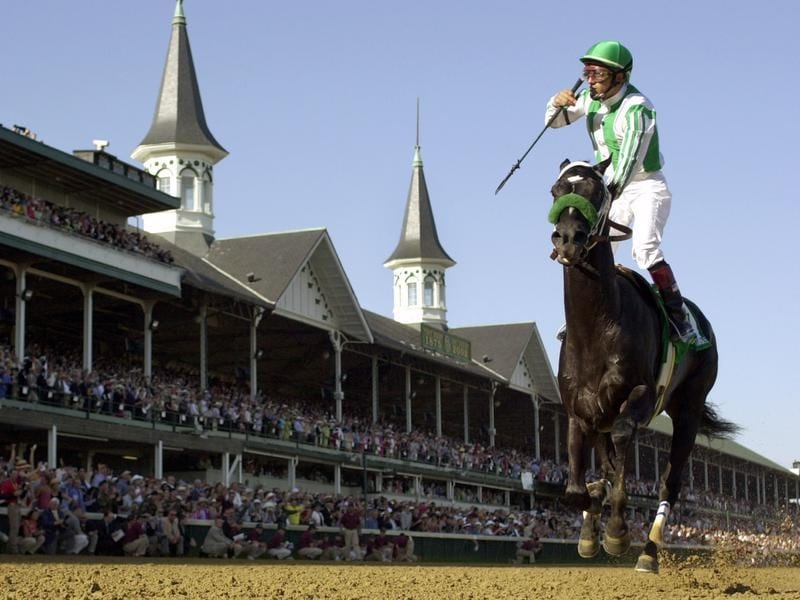 He had been at Old Friends Farm, a thoroughbred retirement centre since 2015 after returning from stud in Japan.

Officials say the cause of death is believed to be a paddock accident, but exact details are not known and a necropsy is pending.

War Emblem was sold to Prince Ahmed bin Salman’s Thoroughbred Corporation and transferred to trainer Bob Baffert after he won the Illinois Derby.

Three weeks later, he won the Kentucky Derby and then the Preakness to set up a Triple Crown bid.

He stumbled badly at the start of the Belmont and ended up losing to 70-1 shot Sarava, who also lives at Old Friends.

He was sold for $17 million to Shadai Stallion Farm in Japan where he proved a difficult but talented stallion, siring fewer than 200 foals at stud.

Many of them were talented, including Robe Tissage, Japan’s champion two-year-old filly. After being retired from stud duty, War Emblem was donated to Old Friends.

“I know we’re supposed to appreciate all of our retirees the same, but he was one of the very special ones,” Old Friends founder and president Michael Blowen said.

“He was tough, narcissistic, bold, and handsome.

“I proudly count among a very meagre number of accomplishments the day he allowed me to put his halter on without biting me. He trusted me.”